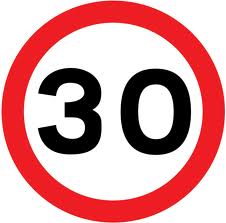 Fartlek training was invented by Scandinavian long distance runners, back in the 1950s. It has proven to be a very successful means of training for endurance sports, especially for cyclists. Fartlek is an unstructured, and hence a more enjoyable way of doing intense training. The nearest English translation for the word “Fartlek” is Speed Play. And we cyclists do like to get a bit of speed up at times! So that is where the “speed play” comes to the fore – short, fast, sprints! Which gets me back to Cav and his record number of 34 Tour de France stage wins, with his unbeatable sprint finishes. It is very evident, the enjoyment that this form of speed play brings to him!

Back in the 1950s when Fartlek training was helping Scandinavian runners to become World and Olympic champions, there was no science to show why Fartlek was so beneficial, just the end results that proved that it was. Now of course science has been able to establish a huge amount of knowledge about how to enhance athletic performance. In particular, that HIT – High Intensity Training – is probably the most efficient and effective ways to enhance our fitness. Sorry but I will have to introduce a little bit of physiology here, to explain why HIT works so well.

The muscle fibres are of three different types: slow-twitch – (type I) which fire slowly and have great endurance, and fast-twitch – (types IIa and IIb) – which fire explosively when we need power.
These different types of muscle fibres are used progressively. When we ride at a moderate conversational pace, we are using our slow-twitch fibres. When we ride harder, e.g. faster or climbing a hill, in addition to our slow-twitch fibres, we recruit our fast-twitch IIa fibres. When we exercise really hard, such as sprinting or charging up a hill, we then also bring into action our fast-twitch IIb fibres.
Conversely, if we never, or rarely go flat out in a full on sprint, or charge up short steep hills, we will never get all of those thousands of muscle fibres to activate. Use it or lose it, and the unused fibres with get weaker and weaker and as we age, die off. This has been proven by muscle biopsy.

But we can get even greater benefit by regularly exercising all these muscle fibres, with Interval training or Fartlek training. This is because your muscle fibres, do not all naturally fire at the same time. This wastes energy. But sprinting demands maximum power and over time sprinting will increase the coordination of the firing of all 3 types of your muscle fibres. This then produces more power output by enhancing your pedaling efficiency to get more power and speed for the same amount of effort.
Because sprints improve your pedaling economy, they will benefit most riders — from casual endurance riders to racers. The only difference is that racers have over months and years of intense training, the ability to train at very high levels of intensity, and over comparatively long training sessions. We lesser mortals need to start off conservatively and built up progressively over time. So start with very small doses, for example, say six, 20- to 30-second all out sprints during a club ride, with plenty of recovery between each (at least 5 minutes). To continue to improve, over time progressively lengthen the sprints by 10 to 15 seconds and add another sprint or two.

This is where Fartlek comes in! Something that used to be the norm on club rides. One reason such sprints have lost there popularity is traffic! Our roads have got so busy now that sprinting past a slower rider is inherently dangerous. One very good reason for using a bike handlebar mirror. It enables you to check for traffic and overtaking club mates, without having to keep constantly looking over your shoulder.

Those who have come out regularly on my rides as leader, will know that I still finish most of them with a fairly long, flat out sprint. Something that I was doing 10 years ago as explained in an item at that time, and inspired by the UK’s greatest sprinter – the man from the Isle of Man -Cav!

So are you speed limited? Of course most of us are. We would all like to be a bit fitter and faster, which is why most of us get out regularly on our bikes. These short, Fartlek sprints will benefit you all, so give them a go for a few weeks and see if they work for you. They will introduce you to one of the easiest HIT interval sessions, after which you will be ready for the next step up the HIT ladder.
To start you off, read my item from over 10 years ago, and explains how we used to do it, here: https://anerleybc.org/are-you-speed-limited/