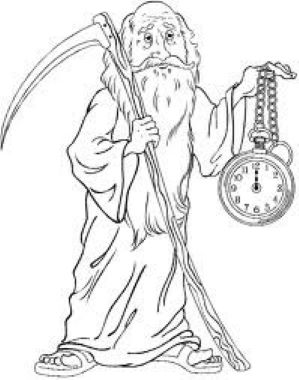 I expect that like me, most of us took up cycling for the health and fitness benefits. The older we get the more important being fit and healthy become. As some cheerful chappie once said – we are born to die!
But that does not mean that we should worry about this eventuality, but just do our best to put it off for as long as we can.

There is a huge amount of research going on worldwide, into causes of illness and disease, with the aim of finding prevention and cures. We are fortunate in the UK, because one of the world’s largest research facilities is the UK Biobank. This was started in the early years of the new Millennium. The objective was to get 500,000 volunteers to provide genetic, health and lifestyle data that would enable a long-term data base to be kept – with eventually finding out what illness/disease, etc, the volunteers developed over the years, and the eventual cause/causes of death. Recruitment of this ½ million volunteers started in earnest in 2007 and was achieved by 2010. I just happened to be invited, and accepted, to be one of those volunteers!

I was recently reminded of the UK Biobank, due to some worldwide publicity given to a recent study carried out by an Australian university. I first learnt about this from a major UK daily newspaper. Later in December, I read a much more detailed report. This showed that only a few minutes of vigorous activity each day reduced all-cause death rate by between 40 and 50% – so going out on our bikes even for very short rides whilst we have this cold, damp and dismal weather, still has significant benefits!

The detailed report said, and I quote – “The data for this study came from 25,241 UK Biobank participants who had heart rate monitors on their wrists and had been followed on average for 6.9 years . . . .”  I was not one of them, but was interested to read this fuller report which appeared in the free weekly newsletters of a health and fitness adviser, and which also appear in the Road Bike Rider e-magazine – see:
https://www.drmirkin.com/fitness/benefit-from-a-few-minutes-of-vigorous-activity-each-day.html

But – – but – – but – – I hear you saying. Yes, I know this research study has little relevance to us, because we do much more exercise several times a week. However how about another area of research which has also had some recent publicity in our national press. And it is something which applies to all of us – sitting down – at a desk, or using the computer/mobile phone. Watching the tele, in the car, on a bus/train, sitting down to eat – things that we all do, every day. We can exclude sitting on our bike saddles because we are then exercising!

This latest research study of sitting down time, was huge – 105,677 participants, from 21 countries, over 11 years. It found that sitting down for 6 hours a day (very common!) increases the risk of early death and heart disease by 13%, increasing to 20% if over 8 hours. The interesting thing that may concern us, is that those who sat the most (i.e. 8hrs+) and exercised the most, still had a 17% increased risk of heart disease/early death! This article also refers to another research study which found that when asked how much time people spent sitting down, they under estimated by an average of 4.7 hrs, compared to the real amount determined by the accelerometers that they were wearing.

We would all be surprised at how much time we do spend sitting down throughout the day – every day. I was when asked, as part of a research programme, to keep an accurate log. So it is well worth doing an honest and accurate check on how much sitting down you normally do.
If you are interested in this research project, it and other related research has been written up by Dr Mirkin at: https://www.drmirkin.com/fitness/lack-of-fitness-is-worse-than-prolonged-sitting.html

There is however a very simple answer to this potential health risk, take the advice from the  “a few minutes of vigorous activity” study.

Get up off your backside every hour or so (if a tele addict – at each commercial break!) and do a few squats , press-ups or planks. It will work wonders for your bike fitness!