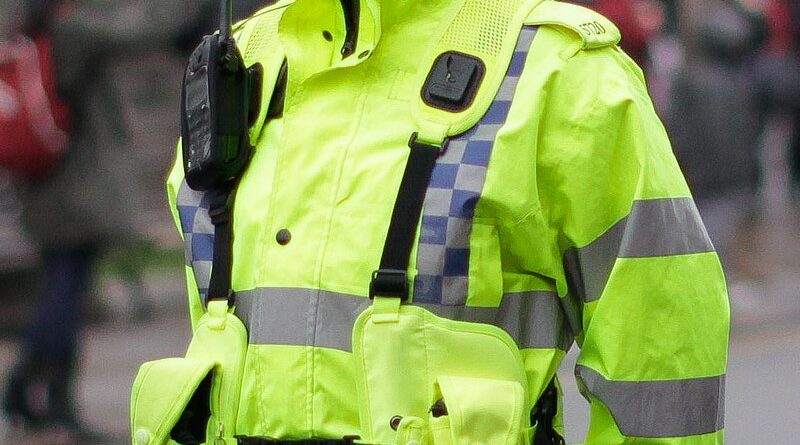 Something you need to be aware of, because at times we all do it!

Tom Hodgkinson has a run-in with the law

There I was, happily pootling down Uxbridge Road on my bicycle.
Outside the tube station are two pedestrian crossings, strangely placed a few yards from each other. When one signals a green man so, for a mysterious reason, does the other one. This is a real pest for us bicyclists, most of whom gingerly cycle on even if the light is red, when, that is, there are no pedestrians to be seen. The Deliveroo and Just Eat cyclists bomb through these lights at great speed, the quicker to deliver their over-priced cargo to the waiting customer.
The first of these crossings was showing a red light, but as there were no pedestrians to be seen, I blithely cycled through it. Ah, what a terrible mistake! There was a police officer lurking under the railway bridge. She beckoned me to stop.
“Do you know why I am stopping you?” she asked.
I mustered all of my brain power.
“Because I went through a red light?”
“That’s right. And I’m going to issue you a ticket. Please move your bike on to the pavement.”
As she wrote down my details in her book, I became aware of dozens of pairs of eyes on this amusing spectacle.
“Have you caught many this morning?” I asked cheerfully.
“Oh yes, loads!” she replied.
I glanced at the ticket. I was shocked to read that the fine was fifty quid. I was even more shocked to see other cyclists bombing past us and through the pedestrian lights.
At this point I started to fume and rage.
“This isn’t fair! There are two crossings here, right next to each other. When one goes, so does the other one. I cycle here every day and all the cyclists jump through the lights because half the time there is absolutely nobody here! Why don’t you catch people up on the green where it really is dangerous?”
I ranted on and we were joined by a second police officer, to whom I repeated my rant. They argued that I was a danger to pedestrians.
I fought the law, albeit in a somewhat feeble manner, and the law won.
I eventually waved a cheery goodbye and went on my way.
I reflected on the ethics and morals of the situation. I felt a seething rage, like a child who’d been unfairly admonished at school. Should I stop at every pedestrian crossing, even when nobody is to be seen? I know that in sensible countries like Germany, red lights are obeyed even if the roads are clearly empty in all directions.
And actually I never jump red lights at junctions, only these bloody pedestrian ones. That’s the compromise with the law I had made with myself.
At the same time, I think that my fellow cyclists and I feel that’s it’s absurd to sit stationary at empty crossings.