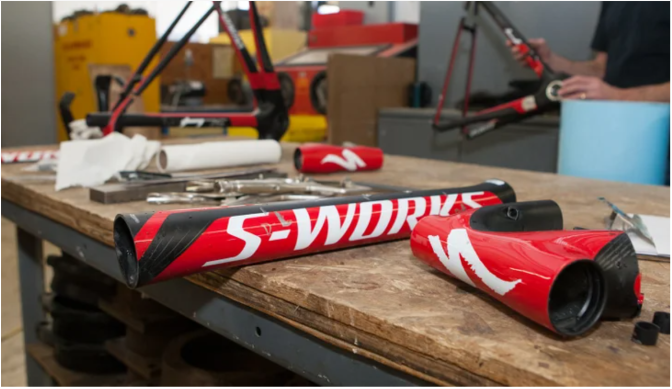 Last autumn I had a bottom bracket bearing go on a ride, shortly after starting the return from Tully’s Farm. I managed to ride as far as East Grinstead railway station and got the train back to Riddlesdown, and cycle home from there.
As the bike had done many thousands of miles on it’s original (Shimano) chain rings, I thought it would be a sensible time to fit new rings whilst the B.B bearing was being replaced. However a problem arose – the bike shop did not have the rings in stock, and enquiries by them, showed that there was a supply problem! This was due to Covid and the shut down of the major manufacturing factories in China and the far east. We are, a year later, still suffering from supply line issues, and to fill the gap a market has opened up supplying fake goods. This is an example:

In the above photo, one of these bike chains is a genuine, top of the range, Shimano 11 speed Dura-Ace chain, the other is a fake, junk quality, copy. But which is which?

So don’t get ripped off, next time you need some bike parts – or even a new bike – there are fake bikes also being sold!

But for bike parts, which you are more likely to need, see https://road.cc/content/feature/how-can-you-spot-counterfeit-bike-components-295107

And the warning from the manufacturer – Shimano – about just such a fake supplier – see:

https://road.cc/content/tech-news/shimano-warns-wwwshimano-clearancestore-fake-287297
And read the comments from cyclists, which follow on below this article. These show a number of such scams – so beware!

And as I said above, it is not just bikes. I have seen several articles about fake, big name bikes, as shown here, a fake Specialised S-Works racing bike:

And another one here, in a UK bike magazine, see https://www.cyclist.co.uk/in-depth/717/could-your-bike-be-a-counterfeit