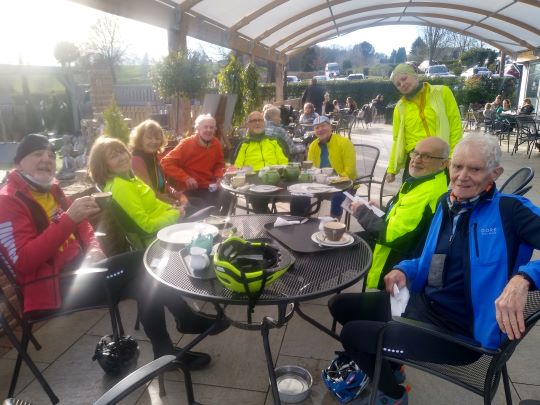 Caveat: This is just my thinking on the topic and are information I glean from my various readings of books and from the internet. I ignore information which I think are just marketing ploys, e.g. join the gym, have this or that diet. Most are unhelpful and many are downright misleading.  Some people will disagree with what I am saying but anyway here goes …

Myth of exercise for weight loss

If you are thinking that exercise will make you lose weight, I am afraid this is not generally true. Here is why.

Assume that your food intake is the average recommended intake (2000 calories for women and 2500 for men).

Resting Metabolic Rate is the percentage of calories our body burns everyday just to keep the heart pumping, the energy requirement of our brain and to keep our other internal systems working. In other words, just to keep you alive. This is estimated to be around 60/65 percent of the calories we burn every day.

Another 25 percent is from movement – Non-Exercise Physical Activity is the heat given off by our regular activities of daily living such as standing, walking, moving, fidgeting and doing other various household chores.

And 10 percent is the thermic effect of food. Diet-Induced Thermogenesis is the amount of energy the body takes to digest and process a meal and given off in part as waste heat.

That leaves around 5% for exercise, that is, if you actually make the effort to spend time to exercise. Otherwise you can just lump this 5% under Non-Exercise Physical Activity.

A moderate-intensity physical activity, like biking or very brisk walking, would burn off approximately 350 calories an hour. Assume you do 2-3 hours cycling in the week. Thus, deliberate conscious exercise would burn off 700 -1000 calories a week.

Alternatively you could perhaps do 20 to 30 minutes exercise every day. The current national and international recommendations of 150 minutes a week of moderate intensity exercise are simply not enough for significant weight loss. For this, the recommendation is closer to a minimum of 450 minutes a week, or more than an hour everyday but I don’t know anybody who does that every day!

Note that these times are for moderate-intensity activity, such as walking. For vigorous activity like running or rapid cycling, exercise duration can be cut by more than half.

Still even if exercise doesn’t much help with weight loss, some reasons why you should do it!

“While the data on exercise for weight loss are relatively weak, the evidence supporting the overall health benefits of physical activity is overwhelming. For example, forty minutes a day, four days a week, can improve erectile function in men*. Being more fit can mean having more fun, all the while reducing risk of breast cancer, colon cancer, diabetes, gallstones, hypertension, heart disease, and stroke. Exercise can also help minimize the bone loss that can accompany weight loss.”
*A touchy men only topic. But fear not, recent research shows that cycling is no less harmful than a walk in the park. Much better, the more cycling you do!
See https://www.drmirkin.com/fitness/good-news-for-male-cyclists.html

“Experimental psychologists took a group of men and women, put them on stationary bikes, and had them cycle until they burned either 50 calories or more than 250 calories. Unbeknown to them, the experimenters effectively manipulated the machines to give false readouts such that, in actuality, both groups burned the same number of calories, about 120; they just thought they had burned more or less than that. The subjects were then offered snacks ten minutes later, ostensibly to measure the “effects of exercise on taste perception and food reward.” The real purpose, however, was to covertly measure how much they ate. Those who falsely believed they had burned off more calories on the stationary bike did seem to demonstrate a greater license to eat, ending up eating significantly more calories — mostly in the form of chocolate chip cookies. After a workout, people may be tempted to treat themselves for their sweaty sacrifice. To prevent this knee-jerk reaction from undermining our efforts, we should strive to make exercise less of a chore.

A paper entitled “Is It Fun or Exercise? The Framing of Physical Activity Biases Subsequent Snacking” described a study in which individuals were randomized to the same amount of physical activity, but with different descriptions. Half were told they were going on a “fun walk,” while the other half were told they were going on an “exercise walk.” Afterward, researchers covertly measured how much dessert everyone took at a subsequent meal. Those in the movement-as-exercise group reportedly served themselves about 35 percent more chocolate pudding than the movement-as-fun group.

This is all the more reason to choose activities that are enjoyable, such as walking with friends or while listening to music or a podcast, or watching a video while on the treadmill. Reframing exercise as play rather than work may not only make for a more sustainable regimen, it may make us less likely to consciously or unconsciously feel the need to reward ourselves later at the buffet line.”

The Starch Solution     by John A. McDougall

You can Google for these authors on You Tube as well. They do some interesting talks.

Do we as cyclists obsess about our weight? The magic numbers – power to weight ratios – Vo2 Max – both of which take into account how porky we are. Or buying a more expensive carbon fibre bike or lighter wheels, in that search for an elusive, extra bit of help, to climb up the ever more challenging hill? When instead of dishing out extra wads of cash, the cheaper and more effective solution would be to avoid that big slice of cream cake at the tea stop. But that would destroy the whole enjoyment of going out on those wonderful bike rides!

So don’t get obsessed, this is a real world example of ignoring all those numbers.
See https://www.bicycling.com/health-nutrition/a38950116/quit-obsessing-weight/

Advice from an anonymous, Happy Fatty!