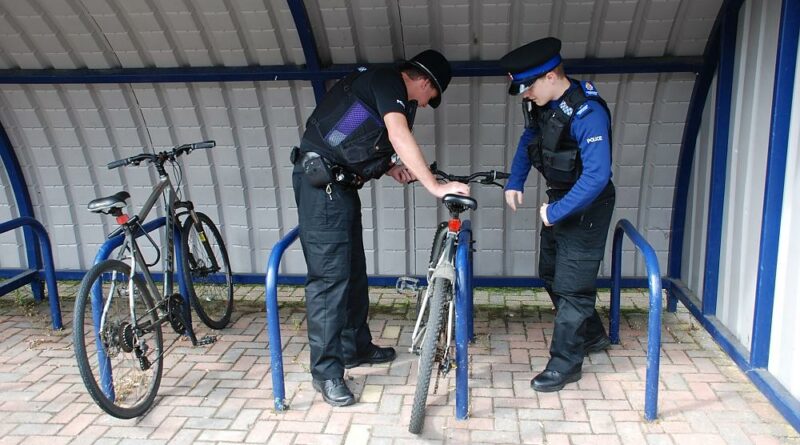 This is not a new problem, just much more common! One that is a significant problem of which many of our Club members have suffered.

My first loss, or rather from one of my sons, happened some 40 years ago. He cycled to Wallington Library when a student, to do some A level research. When he came out his bike had gone!
I claimed for the loss on our house insurance, which covered bike theft – except I had not read the small print! The bike theft cover only applied to theft off our premises, hence as the bike had been at the library – claim dismissed!
Some twenty years later. Through the generosity of club members I got some old and unused bikes for two of my grand sons to use when they were at university. During their years of study all 3 bike got stolen, but being freebies these were not a great loss, just a great inconvenience.
Tom Vaz could tell you a much more interesting story about a bike that he had stolen, and which he subsequently recovered when he saw his bike with another “owner” at the Evans Cycles shop that used be at West Croydon. A case of luckily being in the right place at the right time!

Most of us are members of Cycle UK who provide useful information on how to avoid this happening to you. See https://www.cyclinguk.org/article/campaigns-guide/stop-bike-stolen

Unfortunately, even being careful is no guarantee against bike theft, especially as we tend to ride up market bikes which are much more likely to be targeted. If you are unfortunate and do lose your bike, it is useful, no important, to know what to do next.

The details that you need to know are here: https://www.cyclinguk.org/article/what-do-if-your-bike-gets-stolen

Hope you never get to bike stolen, and find these tips useful .