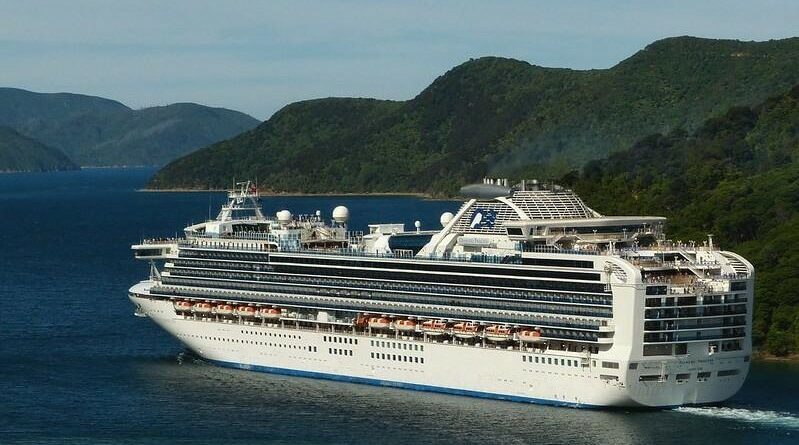 This has little to do with cycling, except it provides some background as why you did not get a holiday abroad last year, and possibly not this year either. Also, why foreign travel has historically, not been such a good idea!

The Coronavirus outbreak really hit the news here in the UK, after the cruise ship, Diamond Princess, was put into quarantine when it docked at Yokahama, with many UK passengers on board.

This occurred in February 2020, but the UK government failed to impose any form of quarantine upon travellers arriving from hot spots. such as Wuhan in China, and Italy the first European country to be devastated by the disease. Even now a year on, our Government has not yet got an effective quarantine policy in action.

The principals of quarantine are nothing new. The earliest recorded uses date back to circa 1500 B.C, as now transcribed from the Hebrew scripts into the Old Testament of our Christian Bible. For example in Chapter 5 in the book of Numbers it says:
Then the Lord spoke to Moses, saying, “Command the sons of Israel that they send away from the camp  every leper and everyone having a discharge and everyone who is unclean because of a dead person”  Just as the Lord had spoken to Moses, thus the sons of Israel did.

It was not until 3.000 years later that the term “quarantine” came into use. Quarantine” (from the Italian word quaranta – 40) came into use as a result of the Black Death (bubonic plague) which started circa 1347. Like Covid 19, it probably started in China, spreading from Asia to Europe by the invasions of Mongol Hordes in the middle ages. The Mongol Empire was ruled from China in those times.
It is a rather gruesome story of how and why it spread around Europe so quickly. But this is it!

The merchants of Venice and Genoa were the great, sea borne traders of this period. They had an important trading post at Caffa, a Black Sea port in Crimea. Some merchants from Genoa were besieged at Caffa for a year, by a Mongol army. The Mongols were infected with the Black Death. In order to bring an end to the siege, the Mongols decided to catapult the bodies of their dead comrades over the city walls. This, as intended. spread the disease to the Genoese merchants. They in fear, fled from the city and sailed for their safety, arriving at major ports, such as Venice and Dubrovnik. Of course, they brought the Black Death with them, and being major ports the disease soon spread around the Mediterranean and into the rest of Europe. In less than a year the first recorded case in England, was at Weymouth, one of the largest natural harbours in the U.K. The latest estimates suggest that the Black Death could have resulted in the death of between 40 to 60% of the English population!

It was at the port of Dubrovnik that quarantine was first introduced. Ships and people would be isolated at an off shore island for 40 days before being allowed into a port or other location. And this practise in various forms became the norm until very recent times.

Until the 20th century introduction of air travel, killer diseases were transported around the world via ships, their crew, passengers and cargoes. According to the World Health Organisation, even in recent times, there have been more than 100 disease outbreaks associated with ships since 1970. So coronavirus is just another one. All be it, the most deadly in our life time!

Quarantine has been an important measure in helping to prevent, or at least reduce the spread of contagious diseases. However, mass tourism, air travel, the ease and speed of international travel now limit it’s effectiveness. This has been clearly shown by the rapid spread of coronavirus around the world, including here in the UK.

Historically in the U.K, Customs officers at our ports and airports have played a vital role in preventing the spread of contagious diseases. And how do I know? Because in 1963 I began work at Dover, the busiest lorry/car ferry port in the world. For the next 13 years I was there as a Customs, Preventive Officer. Whilst our primary role was the detection and prevention of smuggling, we were also tasked with implementing the initial health controls applied to all ships/aircraft, etc. arriving from a foreign destination.

This responsibility was delegated circa 1750, to what then became known as Officers of Royal Customs and Quarantine. No medical inspections were conducted by them, but they required, that Masters of ships provide details of their voyage, cargo and crew, and to swear on oath, that there was no sickness on board. If the Customs officer was not satisfied, the ship would be subject to quarantine. This could be quite harsh. It was not unknown for ships with suspect cargos, or from suspect foreign destinations, to have the cargo or even the ship set on fire!

We have heard much of late, about the importance of keeping at least 6 feet away from other persons. Nothing new! The Customs officers obviously did not want to catch the plague. Accordingly, the Customs cutter would come along side a ship from foreign and require the ship’s Master, to swear his oath on a “Quarantine Bible”. This being inside a metal box fixed at the end of a long pole, to keep the Customs man well away from potential infection.

The quarantine regulations evolved over very many years as new diseases were carried around the world, such as cholera and yellow fever. Perhaps it is not a coincidence that from 1788 every ship liable to quarantine had to fly a yellow flag, or at night signal lights, at the top of the main mast when arriving within 4 leagues of the British or Irish coast.

Old habits die hard. As a trainee Preventive Officer when I arrived at Dover, my first duty at the start of a shift was to go up our watch tower and scan the harbour through our powerful binoculars (claimed to be a war time prize from a German submarine!). Were there any yellow flags or night time lights indicating ships awaiting Customs permission to proceed into the docking area?
And this permission would not be granted, until my senior officer had been on board, questioned, and taken a written declaration from the ship’s Master. So not much has changed, but as my bosses bag carrier, at least I did not have to lug around the heavy bible on it’s long pole!
Des.