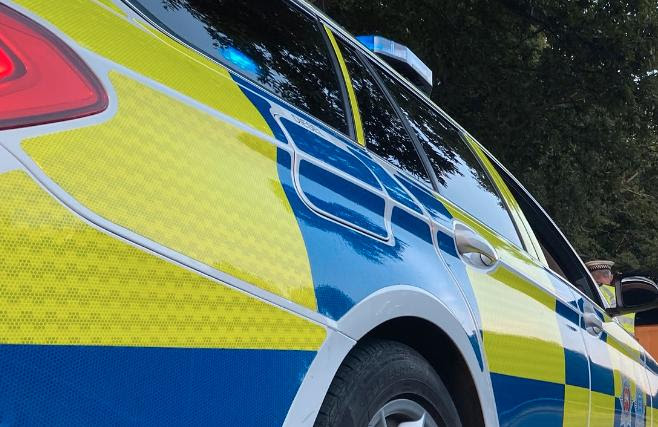 Tom Tom sent me this item. As we regularly ride up Beddlestead Lane it is important to know about this serious problem! The item below – https://road.cc/content/news/female-cyclist-held-down-and-robbed-bike-292247 – details this incident.
Another hot spot that is also popular with our riders – and bike muggers! – is Richmond Park
See https://road.cc/content/news/pro-cyclist-robbed-bike-richmond-park-machete-gang-286959

FEMAIL CYCLIST HELD DOWN AND BIKE STOLEN DURING FRIGHTENING ATTACK

Cyclists in Surrey and south London are being warned of multiple reports of a moped gang seemingly targeting lone female cyclists after a rider was held down and had their bike stolen during an attack on a recent Sunday.

The female rider was sat on Beddlestead Lane, near Warlingham in Surrey, when she was approached by two men on a scooter.

Surrey Police say the incident, which happened between 1.40pm and 2.15pm, saw the victim held to the ground while the offenders made off with her bike down Clarkes Lane.

One of the men was described as white, around 5ft tall and aged between 25 and 40. He was wearing a helmet with the visor up and a dark-coloured biker jacket.

South London cycling club Dulwich Paragon has warned riders to take care following a separate attack on a club member, and said they had been made aware of “a number of incidents involving cyclists on the club run route being threatened or attacked by people on motorbikes or mopeds”.

The junction of Clarks Lane and Beddlestead Lane appears to be a hotspot for incidents, with a female Dulwich Paragon member managing to flee to Botley Hill Cafe “unharmed but very shaken”.

“It seems clear that the criminals are mostly targeting women cycling alone,” a communication to club members read. “So if either of those applies to you, we urge you to be vigilant or consider riding different roads until there are signs the police have got on top of the situation.

“For now there is no intention of diverting the club run, but it underlines the importance of keeping groups together throughout the route — especially groups with women. Let’s look out for each other and stay safe out there.”

The roads around Warlingham are popular with cyclists based in the capital making their way out to the hills of Surrey and Kent.

In October, professional cyclist Alexander Richardson was knocked off his bike and threatened by a gang with a machete in Richmond Park, in south west London.

At the time, the then-Alpecin Fenix rider said the attacks were “becoming a common occurrence in parts of London”, with the gang taking his team-issue Canyon Aeroad. It was the second violent robbery in the park within 24 hours after the owner of a 2021 Cannondale System Six was pushed off his bike by two balaclava-clad men on an electric scooter.

Surrey Police is asking anyone who witnessed Sunday’s incident, or noticed anything suspicious in the area at the time, to please get in touch quoting PR/45220035368. This can be done via the webchat online, submitting a case report or calling 101.

Anonymous information can be submitted to Crimestoppers on 0800 555 111.

If you’ve enjoyed this article, then please consider subscribing to road.cc from as little as £1.99. Our mission is to bring you all the news that’s relevant to you as a cyclist, independent reviews, impartial buying advice and more. Your subscription will help us to do more.