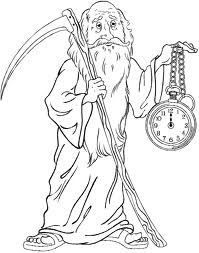 The clock never stops ticking.  Each year we get a little older and the hills seem to get a bit steeper.  Have you wondered why, or perhaps of more use, wondered how you can slow down the ageing process, or it’s effects?
As people are now living longer, there is a lot of research into ageing and the effects of exercise on leading healthier and more active lives.  So read on to find out a bit of what has been learned. If you were a competitive cyclist or runner, at age 40 you would be classed as a Veteran, and with good reason. You will by that age be on the downward slippery slope.  So here is the bad news!

Athletic performance, and that includes climbing up Box Hill, is related to strength.  Maximum attainable strength for both men and women peaks at about 25 years of age. From then onwards strength and muscle mass decline, starting by about of 0.5 to 1% per annum. The effects are more pronounced in the lower than upper extremity muscles. Not good news for cyclists and runners legs!
The following statistics are based on age related world records times for running the marathon. The marathon being an endurance event not a strength event, just like most cycling being endurance exercise. Note how the decline accelerates with age.

Now that I have passed the biblical three score years and ten, I will have lost some 40% of my youthful potential.  And unfortunately, you younger ones will have this to look forward to in the future!
Although the above figures are taken from marathon runners, similar results can be expected for cyclists.  This is shown for example, by the standard time allowances for veteran cyclists, where a 30% time allowance is given for a 70 year old rider in a 10 mile time trial.
The main reason for this loss in performance is due to the effects of sarcopenia.

So what is sarcopenia?

Wikipedia  has a lot to say about it but I will keep it brief!
Although sarcopenia is a new term (from the Greek, meaning vanishing flesh), it is not a new medical condition.  It is only the new term for age related loss of lean muscle mass. All muscles are made up of thousands of individual muscle fibres, but these die off as we age.
For example, the vastus medialis muscle (part of the quadriceps) of a 20-year-old contains about 800,000 fibres, while that of a 70 year-old contains only about 200,000, a loss of some 75%!  On average we lose about 10% of muscle mass each decade after reaching about 40 years of age.   But it gets worse. From age 70 to 80 years a further 30% of the remaining strength can be expected to be lost in just that decade.
No wonder I find the hills get harder to climb with each passing year!

So that is the bad news, but there is also good news for you regular cyclists.  But you will have to wait until next month when my typing fingers have had time to rest and recover.  The effects of  sarcopenia I’m afraid!

But in the mean time there is a something that you might like to consider to combat the effects of sarcopenia, wonky knees and/or painful hips – an electric bike!  Just for example, something like this !

But going electric is not cheap! So to avoid expensive mistakes, do take the time to find out as much as you can about the many different options on the market. That is what I have been doing, and I am still confused!