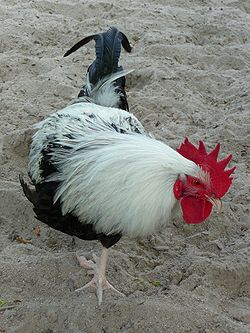 There are a limited number of  tea rooms within 20 or so many miles from Purley, and even with ingenuity, only so many ways of getting to them.  As a consequence after a year of trying to do weekly write ups of our Tuesday Rides I am running out of things to say.  Rather than get too repetitive I have decided to do just a monthly resume of our Tuesday Rides, and try not to be too boring!
However having said that, October is a 5 Tuesday month,  and there turned out to be a few newsworthy things to comment on, so perhaps I can split this month into two postings.
So herewith, Part 1.
The weather has been pretty awful, lots of rain of late.  Although we have not been inundated with floods like many other parts of the U.K. We Tuesday Riders have been very lucky. Sunshine and heavy showers on our first three October rides but by good fortune and good timing we managed to miss the rain! Another Place, Another Time.
The Rain in Spain and Anerley rides brave the storm!

October is a month of birthdays. Mine being on the 1st so I had to buy the teas on Tuesday 2nd Oct. The ride for that day being written up earlier at http://anerleybc.org/tuesday-ride-2nd-october-2012/
The next ride on the 9th was a joint birthday cuppa with Jenny and Sandra who share the same date of birth, but they would not tell us in what year that was!
At Sandra’s suggestion we cycled out to the garden centre tearoom at Four Elms. As fitting for the ladies celebration, the sun shone and highlighted the autumn tints as we cycled one of my favourite country lanes, thru the woodland over Limpsfield Chart.

As you can see, the sunshine brought out a good crowd for a Tuesday ride.  Including myself who took the picture, a total of 8 riders. A great improvement on the previous week when there were only 4 of us!
The sharp eyed will notice two new faces for a Tuesday ride.  Second from left, is Michael, not new to Anerley’s Sunday Rides, but a first for a Tuesday.  The second new face is another Andy (centre, wearing yellow gilet over red and black cycle jersey).  Andy is a high mileage cyclist being employed as a postie at Purley.  He did however come out on his own bike, a very nice carbon fibre job which he assured  me is a lot lighter and faster than his red, Brompton post bike!
Tom Vaz was back after a short absence, home decorating.  Also Jenny returned after a holiday in Turkey, and Ricky was back from caravanning in France.

For the next Tuesday ride we started with 5 as we departed from Tesco and headed out, south west, again with the sun shining!  This include one new face, Philip who hails from Forest Hill.  (And yes it used to be forest there, and part of the Surrey Hills before London’s Greater expansion). And another, not a new face but one that we haven’t seen for a few months, George, home from a North Sea oil rig.
Along the way we picked up Sandra at Coulsdon and then our other Andy along the Chipstead Valley Rd.  Just for a change I then took a left and followed the steep climb up Hazelwood and Doghurst Lanes to join the High Rd, following this ridgeway to the top of Reigate Hill.  A swift descent into Reigate followed by the lanes over Reigate Heath, Betchworth, to Brockham.  Then the narrow farm roads, which wind their way to eventually join Punchbowl Lane which descends to the A25 and Dorking.
Just time for a group photo before joining John and Meike for coffee, tea and a bite to eat at Watson’s Bakery. In case you are wondering why this Dorking roundabout was chosen for this mugs shot, look no further than the large silver object in the centre of the roundabout.  If you have never noticed it before, it is a huge chicken!
Why a chicken you might ask. But even if you don’t ask, here is the reason why.
Dorking was an important market town, dating back to Roman times.  It became famous for its own breed of chicken and its poultry market. The breed of chicken became known as the “Dorking”.  However the Dorking chicken has a much older history than Dorking and its Poultry Market.  It was originally introduced to England by the Romans and the first reference to this early breed of chicken is in an agricultural text, Rei Rusticae Libri, written at the time of Julius Caesar.
So this famous chicken has been adopted as the symbol of Dorking town.
And not many people know that!

The next Tuesday Ride, and the last in October (30th of the month) starts at Tesco, Purley, 10 o’clock.  That is assuming that the cold spell that has just arrived, does not bring with it hail, snow or rain!