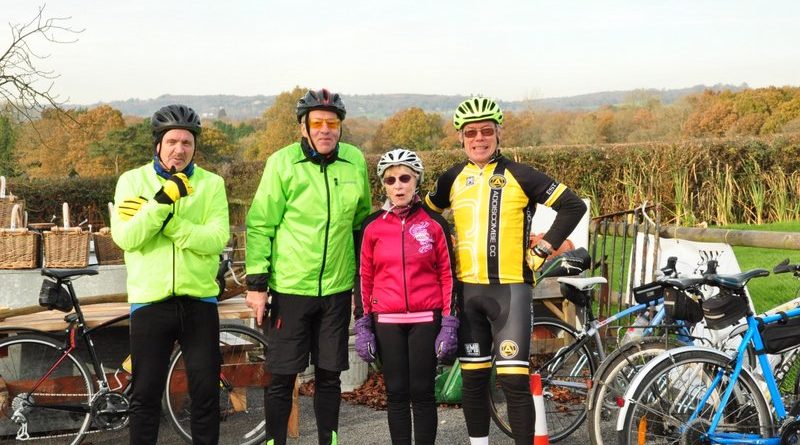 A bitterly cold morning so I considerately asked the stalwarts if they wanted to go the short, scenic route via Trevereux Hill near Limpsfield. Having received a disgusted look, we went the long scenic route up and over Ide Hill, via Botley Hill.

A lovely cup of tea in a packed tea room later and it was time to head home in the face of an really chilling northerly breeze. Fortunately, John T and Des were there to cheer us up with tails of colder winters and John D decided to cadge a lift home from Des.

There appeared to be a slight smurk on John D’s face as the rest of us manfully (and womanfully) struggled up Crockham Hill and back up to Botley Hill via Clacketts Lane and Clarks Lane.
The hills are never a problem for Sandra but I felt relieved when Ian and Henry made it to the top of Botley in one piece. Looking rather weary, they complained that it was the hardest ride that they’d done all year and admittedly at 40miles, it was quite a long one for winter.