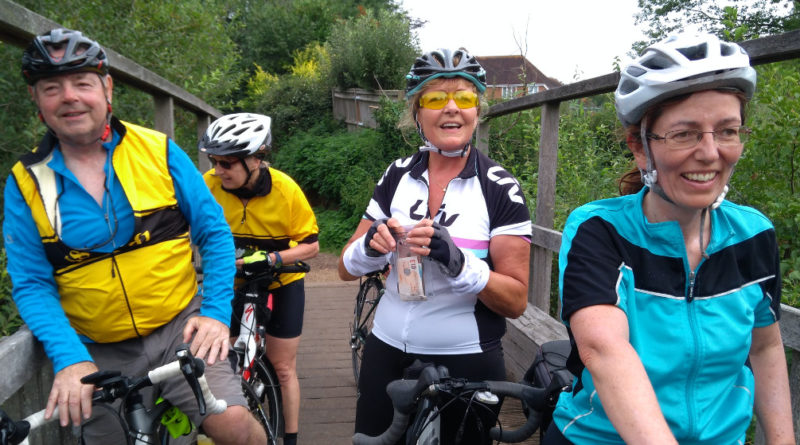 We were again lucky with the weather, just as well because we had a good turn out, nearly a baker’s dozen  with the  10 o’clock group and a similar number with the earlier starters.
I managed to find my way to Bites Cafe on Ockham Common with only one mis-direction when I followed some cycle route signs in the back streets of Leatherhead, before quickly realising my error. Only a very short few yards before we were back on track!
The observant ones will have noted how many times we passed over or under the M25. An interesting statistic to find out, for someone with nothing better to do!
But another point of interest is how many times we crossed over the River Mole. The pictures below show our first crossing in the wilds in of Stoke D’Abernon.
A young girl fishing for  – well your guess is as good as mine!
The next two show the smiling faces of most of the “B” group. (Stuart is not in the pics as he was the camera man.) 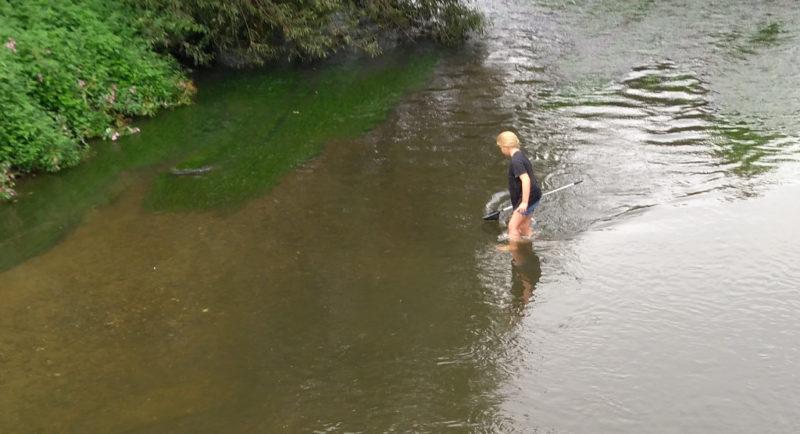 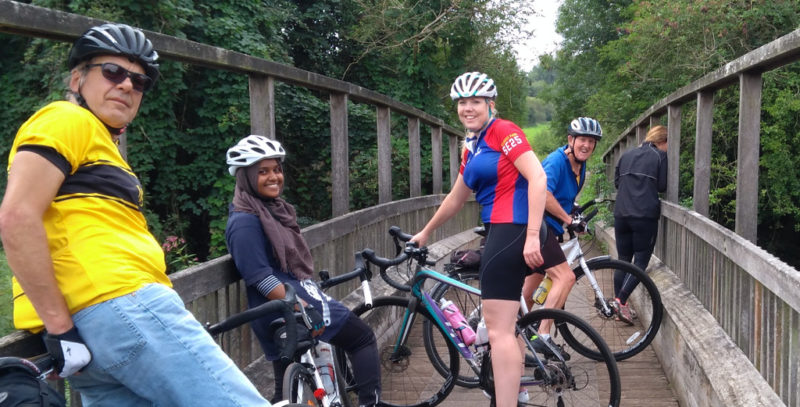 Of special note below, is the return of Jo. Her first long ride since her accident and she made it with ease. It is great to have you back Jo! 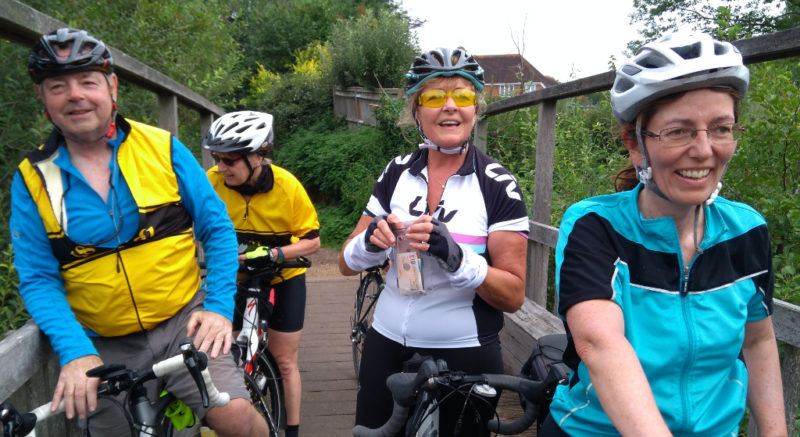 It was shortly after this that I lost some of my group, when half of us got across a main road at Downside, but the others got held up by a bit of traffic. At the next turn, along a country lane, we went left, and the remainder being out of sight guessed wrongly and went right. Stuart saved the day by using his mobile, and shortly after we were all back together. Then a mile further up a country lane we all made it to the tea stop, as shown below. 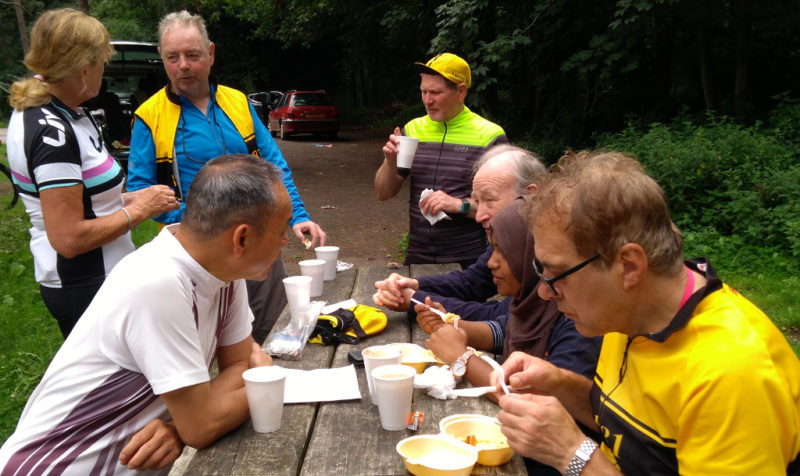 Another special mention is that Bites now ought to feature more regularly on our club rides. Where else can you get a good sized cup of tea for only £1.10. Well the cup might not be bone china, but who cares for only £1.10!!!!
And then it was homeward bound to complete a circular route, mainly thru some lovely country lanes, to our fourth and final crossing of the River Mole,  just before crossing the A24 into Mickleham, and then the climb up Boxhill.
And looking at the smiling faces I think we enjoyed the ride, for which  you can see the 46 mile route and vital statistics below, provided by Stuart.
Des. 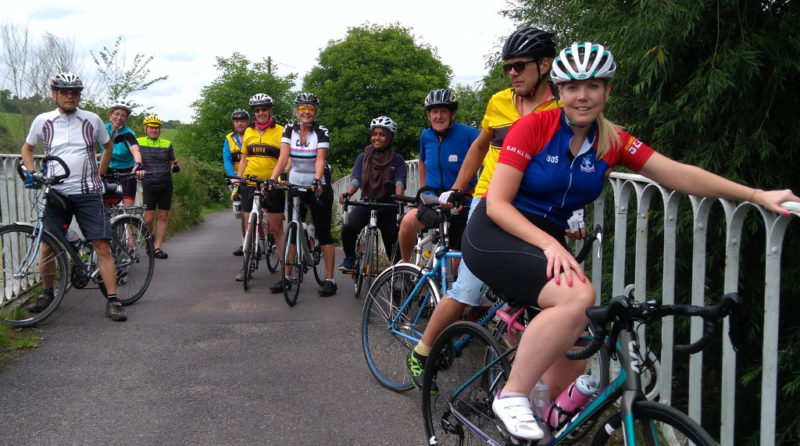