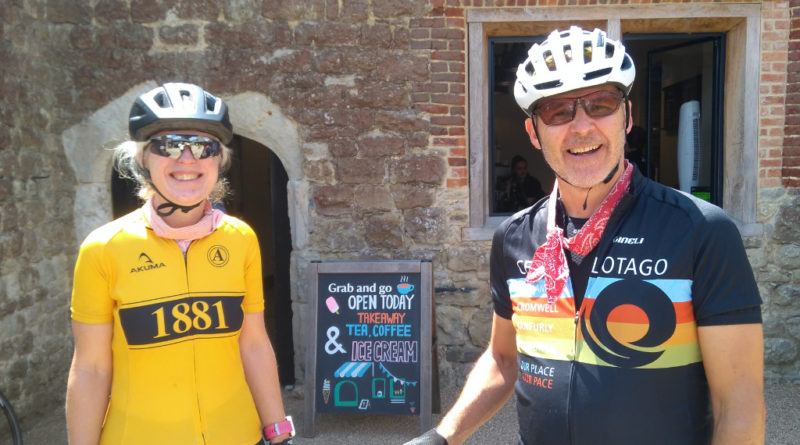 Sue D made her debut as Steady Ride leader to Knole Park with Diathalon hubby John in tow.

A bit nervous at first but by the time we had reached Warlingham she had assurance of a pro. Right pace, sure laned and the rest.

Upsy-downn to Knockholt and then down Starr Hill through Otford, Kemsing and Send to the back end of the deer park. about 25 miles.

The earlies were still there and Des’ relaxed team were ahead of us taking a shorter route. Tea, cake and a photo-op for Sue’s gang:

We thought we were taking the direct route back so were a tad surprised to meet Des’ mob coming t’other way. How did that happen?

Finally on the ascent at Clarkes Lane to Botley we passed a bit of a car wrapped arond a telegraph pole. What happened to the rest?