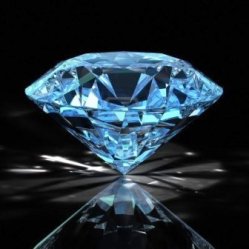 Last year our summer cycle tour took us into the mountainous terrain of northern Spain. Of my three companions, Ricky was the mountain goat, racing up each and every hill, leaving the rest of us trailing in his wake.  But after a couple of weeks of daily grinds we were all beginning to feel at home with our cloven companions, as demonstrated here by a smiling Christopher. It is said that practise makes perfect, and to become a mountain goat you have to climb mountains. Or as the heading to this item says ” Train Your Weakness, Make it a Strength”.

On this theme, and with climbing hills in mind, I found the following item in a newsletter at : http://www.roadbikerider.com/newsletters/issue-no-560-strategy-tactics-cyclists where John Marsh the Editor had this to say in an article entitled “Diamonds In The Rough” :

As I chugged up a long hill, out of the saddle – something that had long been a weakness of mine – I was thankful that I had decided to make hills a point of emphasis in my training last year.
Every year, I choose one weakness (sometimes two – there’s never a shortage!) to improve by focusing on that weakness throughout the year. Last year I chose to hone my out-of-the-saddle climbing ability, because it had become an obvious weakness. Getting out of the saddle can make you a  winner on hills!

We are all diamonds in the rough as cyclists. Every rider has inherent strengths and weaknesses, because – like diamonds – road cycling has so many facets that it’s almost impossible to excel at all of them. However, we can hone and polish our “rough” facets over time, and turn them into strengths.
Climbing hills had never seemed a glaring a weakness before. On group rides and outings with buddies, I sometimes fell back a bit on hills, but I was content to let them go and climb sitting, at my own pace, justifying it because standing made my knees very tired, very quickly. However as I got older the hills became harder, and I got slower!  I began to realise that if I was ever going to get up hills any faster, only some hard work was going to do it.
So I started standing a little bit at a time on almost every hill of any significance. On the next ride, I would stand for a little longer, and so on, and on. Now, I have defined spots on certain regular hills where I stand every time I climb – no matter how far I’ve already ridden, or how tired I am. And on some of the hills that used to crush my spirit, I can now stand up for the entire hill – and my legs and knees feel fine.
This year, I plan to continue honing this facet of my riding, but my main point of emphasis now will be adding some giddy-up to my stand-up. Now that I can stand the whole way, doing it faster will help me polish that facet to a sparkle.
Got a weakness? We’re all diamonds in the rough; no rider that I know doesn’t have at least a few. Pick one this year, and hone it into a strength.

Living as we do, in the Surrey Hills, climbing better and climbing stronger is something  from which we can all benefit. What I learnt from our Spanish vuelta was that standing on hills definitely added a polish to my cycling abilities.  It is something that I will continue to practise during 2013.