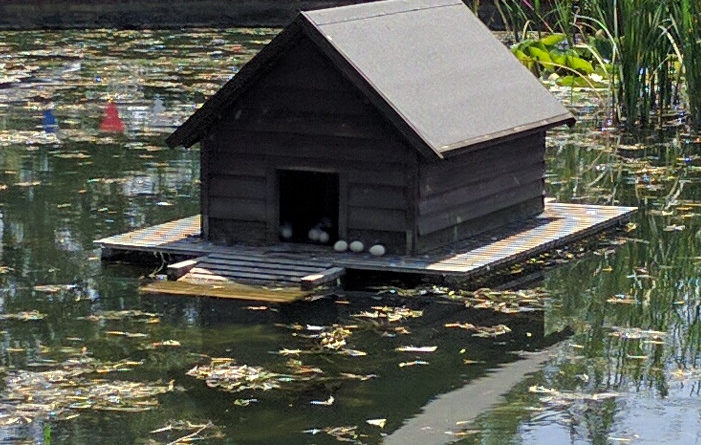 A Cradle to Grave Ride

Mark was away with most of the Thursday regulars on their New Forest tour. Hence David G led four irregulars out via Warlingham. So fart so good but a deviation from the normal route at the end of the Pilgrims Way led to a viscious unexpected climb up to Knockholt. Thence down to Dunton arriving at the Pond Cafe at Otford under a blazing noon sun in a clear blue sky.

Meike had reserved a table and John T had brought along some magnificent stronglight cranks and chainrings polished within an inch of their lives. The other highlight was the village pond. It sports a Duck House but not usually adorned with duck eggs. Were they real? Would they hatch? No time to find out.

We tracked back through delightful Shoreham ignored the Road Closure under the M25 which was just a 100 yard walk while BT were connecting Kent to civilisation. Back through Halstead and Knockholt. Just before we rejoined Clarks Lane along the private dirt road I suffered a clipped moment. The cleat had unknown at the time been unseated by a rash on my previous ride and had taken 30 miles to separate. Oh, well it was a fairer fate than suffered by a pheasant on Clarks Lane. Roadkill – Barry’s supper? Sadly carriage was going to be difficult so the local crows will, no doubt, be a little fatter tomorrow.

A splendid ride in perfect conditions. About 39 miles.