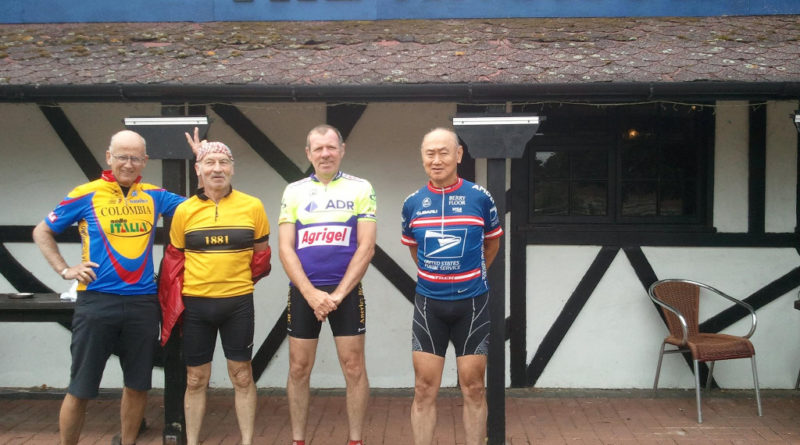 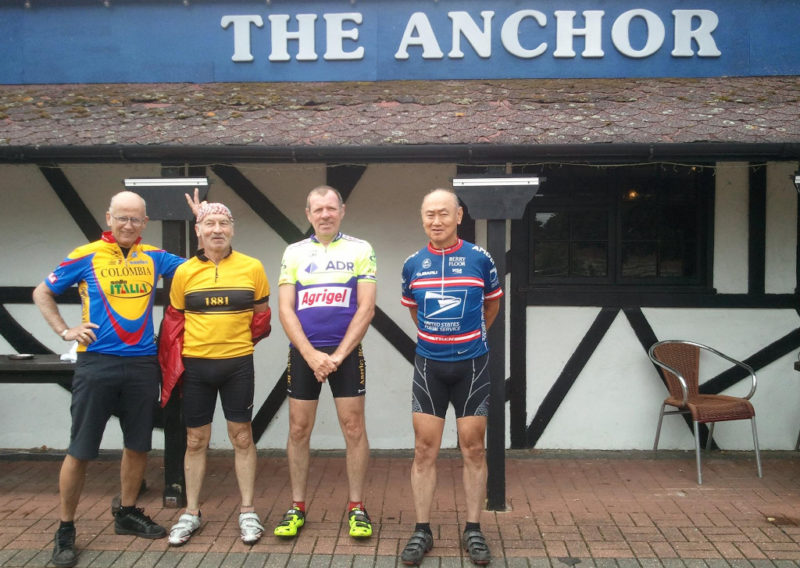 This Thursday we had a longer ride to the Anchor at Yalding.

Riders out Barrie,George,Dave Gordon,and myself,the sky was overcast with wet roads. Lucky we all had rain macks. Barrie was out on his mountain bike as he had a puncture just after coming out on the racer. My Garmin let me down at the start but George had the route on his.

We rode out via Beddlestead Lane taking it easy, dropping down Botley onto the Pilgrim’s Way where we came across a farmer cutting the hedges in JULY by god. We picked up the Pilgrim’s Way again at Otford and then turned for Seal. Stone street which was a bit of a climb into Ivy Hatch where we turned for Plaxtol with Old Sour Manor and the Fairlawn Estate all around us. It must be one of the biggest in Kent with lots of corn fields and the owners racehorses in the fields. The area had been hit by a heavy storm just before we arrived with flooded roads and gravel at the bottom of the climb.

The old boys where dropping me now with Barrie and George out in front. We regrouped and turned onto seven mile lane –
a very busy road now days bit of a mistake that but we made it to the pub. What a great area teapot island is with the River Medway all around us and the interesting workings of the swing bridge.

Very good food at the pub which is having a makeover after September. We were joined by a friendly sparrow at one point. After lunch George had downloaded a route back via Sevenoaks avoiding hills so we followed it via east Peckham, Golden Green and onto the A26 heading for Tonbridge where we turned for Hildenbough. I then went my own way turning for Chiddingstone, Edenbridge, Haxted, Crowhurst and Marden Park.

I was feeling the distance with 10 miles to go but was nice to see a white hart on the hill at Marden Park. I made the ride time of about 5 and a half hours and the distance very close to 80 miles. Ave speed 14 plus mph. We where so lucky not to get a puncture too on roads like that, just show’s how much better modern tyres are. 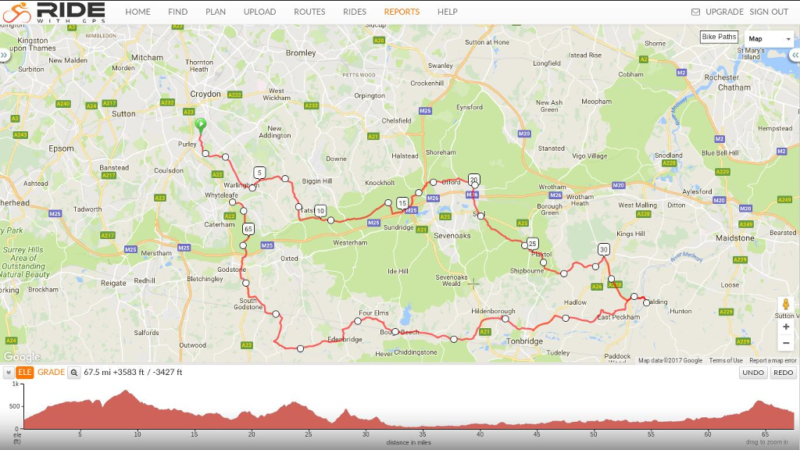