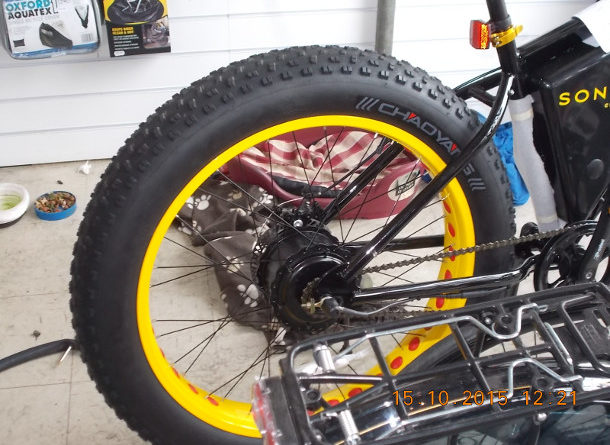 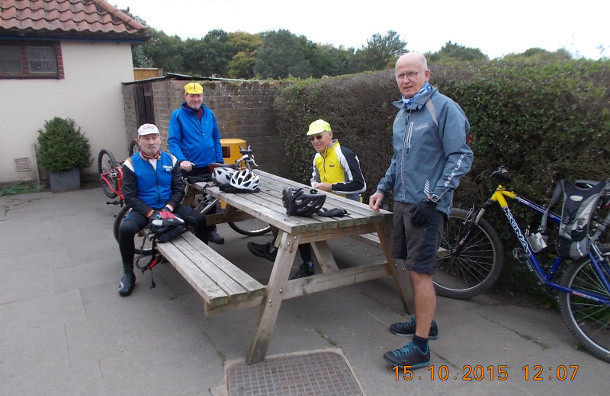 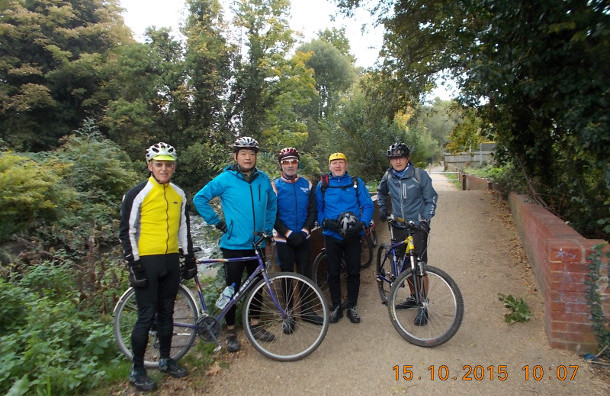 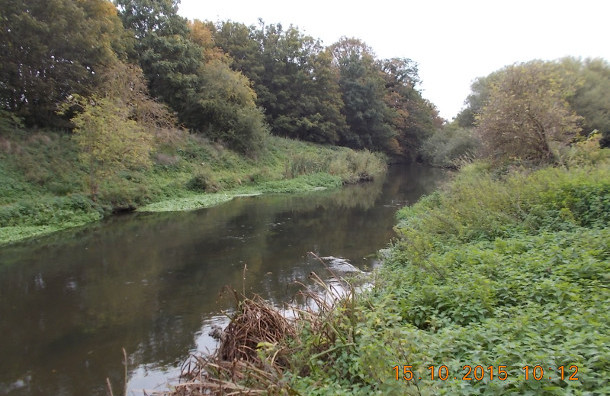 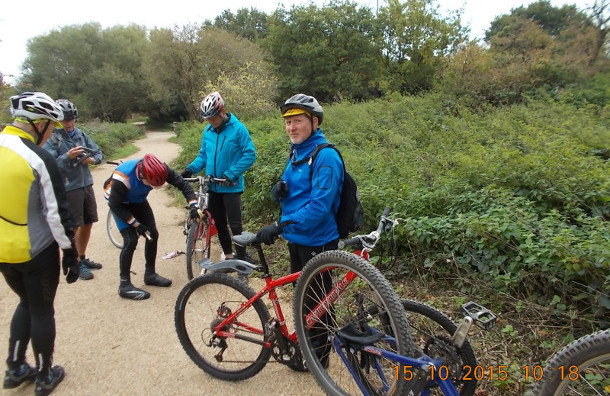 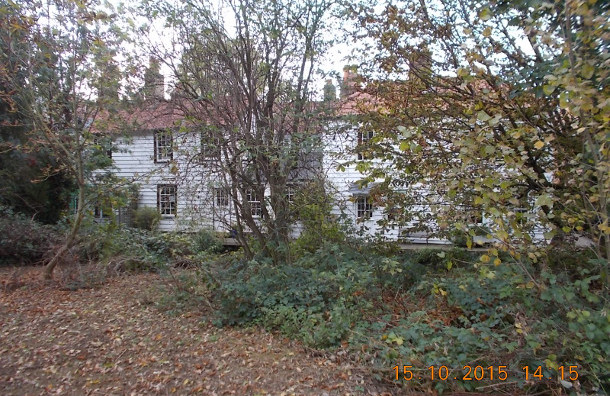 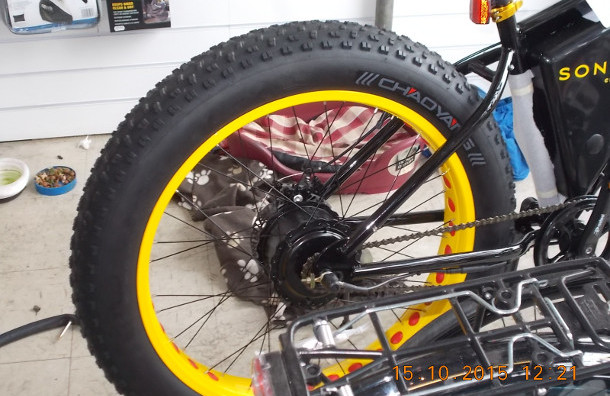 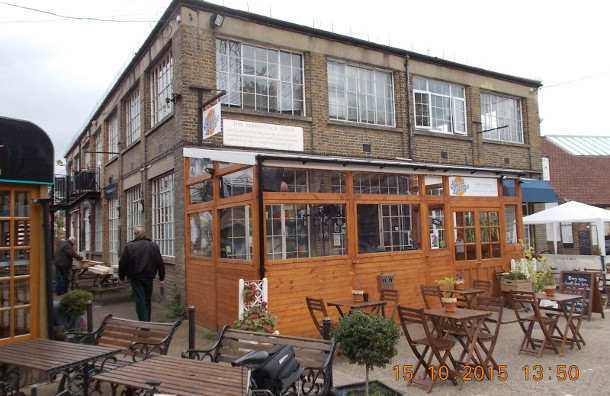 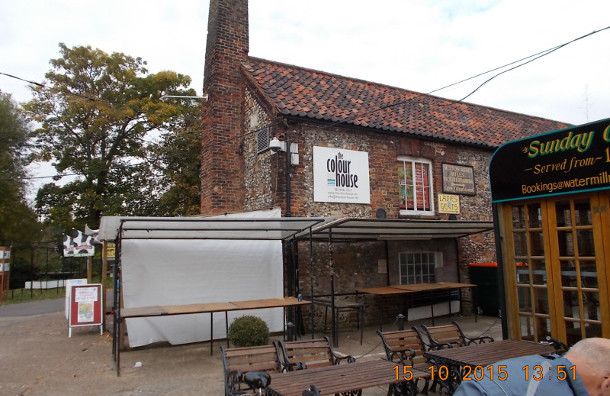 .
On the club run this morning where John D,Barry, Dave, Ricky,little Tom,and myself. Berlinda also turned up but had an unsuitable bike for today’s ride so she decided to do a different ride to us.

Today’s ride was along the Wandle Trail via the Woodcote Estate built between the world wars to give returning forces land of the own. We then rode through Carshalton Park and Carshalton Ponds on the new cycle routes. Carshalton ponds is one of the sources of the Wandle. We were now on the Wandle Trail at Butter Hill. We rode on passed Winderness Island, across the road at Hackbridge and followed the route passed Culvers Island. We again crossed the main road at Willow Lane, this part of the trail is newly opened for cycling and walking due to a lottery grant. At this part Barry had a front wheel puncture. It was a lovely spot to have one as the view of the river was great.

After fixing the puncture when crossed the main road at Morden and rode on through Ravensbury Park. Great views along this part of the Wandle. Once across the main road we entered Morden Hall Park. This is a real gem in south London was once a deer park, it still has a snuff mill with a water mill. The Wandle was famous for its mills before gas and electric power,there are still a few along the river. Halfway through the park we stopped to watch a little egret and heron fish,and then standing on a wooden bridge we noticed how many fish there where in the river seemed to be perch, rudd,and trout. We followed the route passed Merton Abbey Mills yes there is a working mill here,and across the main road onto the next part of the trail at the SavaCentre,there was once a famous abbey on this part of the river part of it can be viewed under the main road tunnel.

After crossing the road again we picked up a new part of the trail that bought us out at Plough Lane. Once on Plough Lane we rode up through Wimbledon Village and onto the common which is where Tom had an exploding front tyre. At this point we decided on a change of lunch stop so went to the Windmill Café on the common for lunch and to do a quick fix on Tom’s tyre. Barry patched up the tyre using plasic bags. After lunch we rode back into the village to get a new tyre for Tom’s bike after the shop gave Tom the wrong size tyre, we managed to fit the right size one after a while and carried on are way back down the trail the way we came. We stopped for coffee on the way back at Merton Abbey Mills once home to Liberty’s workshops, now home to a pub, craft shops,a pottery, and a number of good food shops. Once refreshed we set of back along the trail. We finished the ride in Beddington Park.