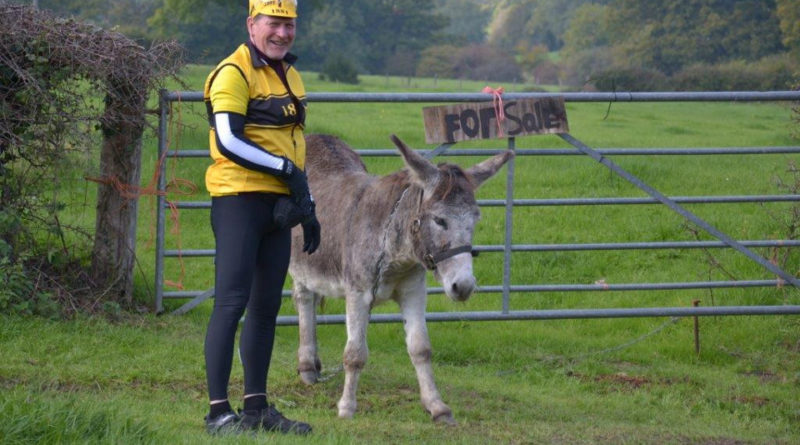 I joined the club at Chiddingstone Castle having got up very late and only just got there in time despite driving there. For the first time for me at least we had elevenses inside. After some confusion over paying separately we all separated; most going home; Tom and Graham going onto lunch and myself going for a walk and joining them later. We all managed to meet up at The White Rock public house but no sign of either a white rock or a river let alone being under one. We did find Corrine (Graham’s wife) who had arrive in the monster truck. A fact that Tom was no doubt grateful for as he received a lift home. We also saw this rather sad looking donkey across the road from the pub, apparently for sale. So if anyone what to save this retched animal from the glue factory enquire within, we though £50 would be a fair offer.