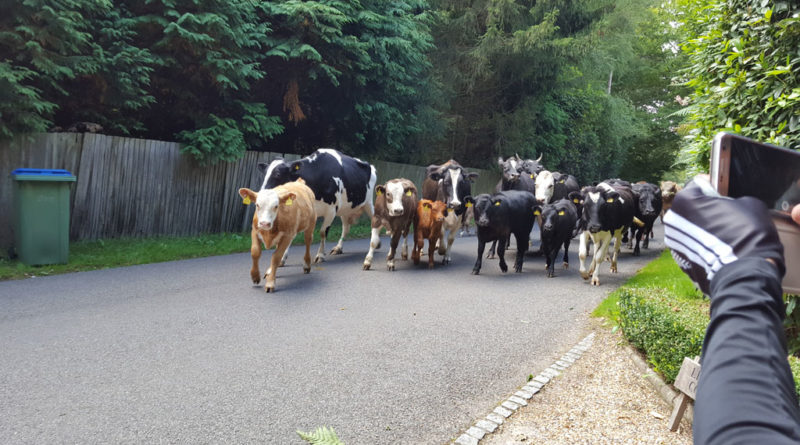 Riders just seem to appear and disappear these days. I know that it sounds a bit vague but I think 9 riders took the road to High Beeches via all the Gates – Reigate, Parkgate, Faygate, Colgate. I chose the long way around Gatwick because of the busy Balcombe Road around Horley was very unpleasant the last time.

At Colgate we followed the forest road towards Hammerpond when suddenly, a car came in our direction telling us to get out of the way as a herd of cattle were coming our way.

Movies of wild west stampedes came to mind as we hastily pulled into a driveway. However, instead of bison, a herd of Fresians came into view. In the middle of them was a massive bull. 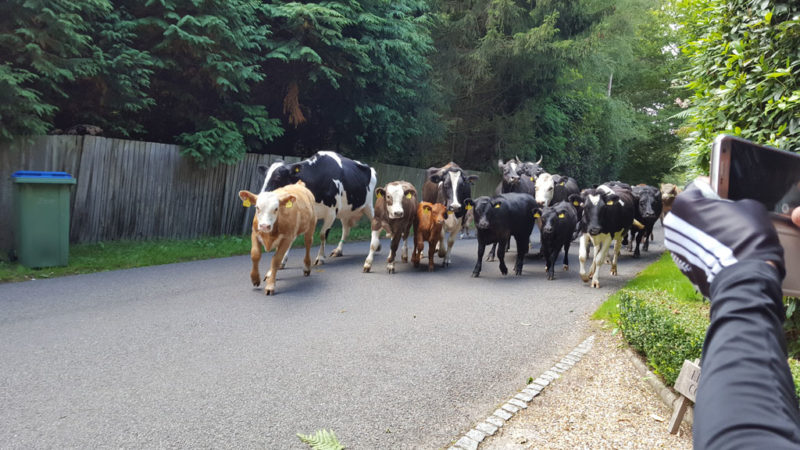 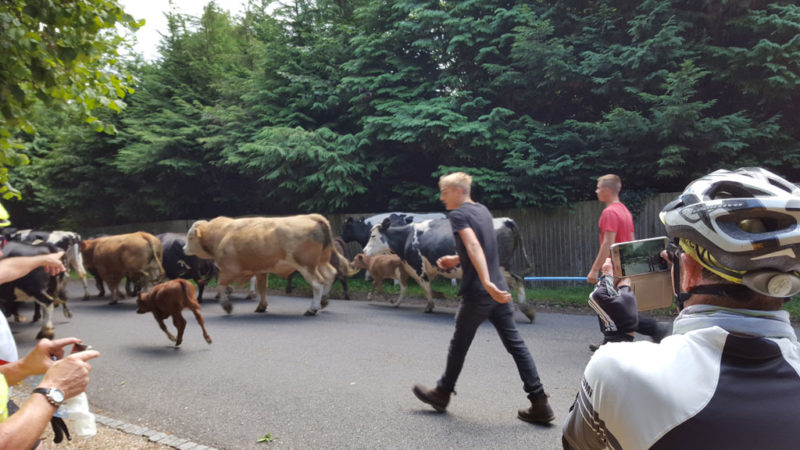 A short while after the herd passed us, we encountered one solitary cow which ran off into the woods. Finally followed by a farmer with another couple of cows, one of which also ran into the woods. He seemed unsurprised and un-fussed when we told him of his lost cattle. Still, he only lost 2 cows out of 30 whereas I often loose 2 cyclists out of 10 so who am I to judge?

Jeremy was waiting patiently at High Beeches but he took a faster route and rode much faster than I do. After a massive jacket potato lunch the afternoon section was even more sedate for me.

The pretty road to Balcombe Reservoir and the climb up to Turners Hill are not used much by the Anerley however, the Red Lion is very much a club favourite. Great beer and great views, perfect end to a perfect ride with the most perfect people in the world – cyclists.