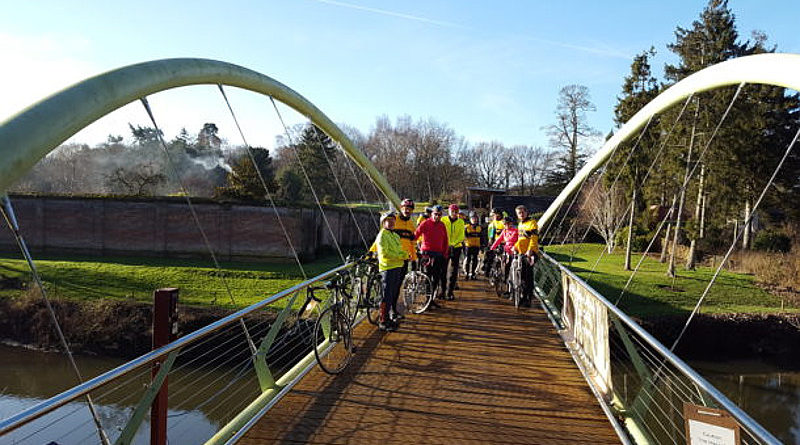 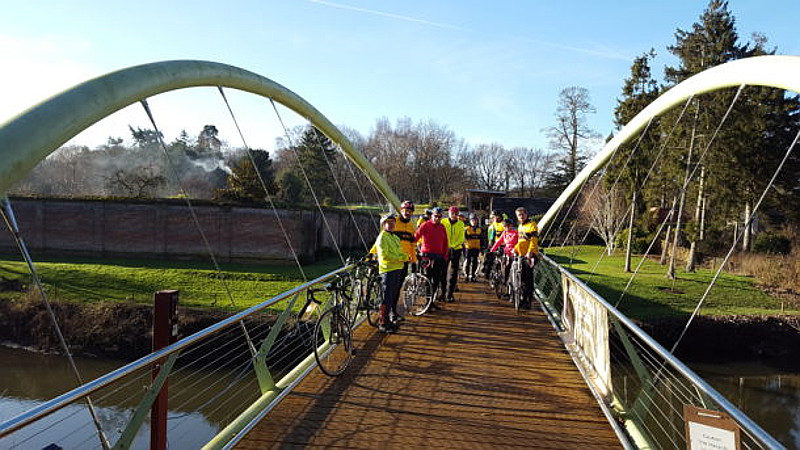 I was a bit vague about our destination as we headed off to Cobham in the hope of avoiding the Christmas crowds at Garden Centres and Supermarkets.

The ride got of to a bad start with Bob the builder turning up with a puncture and Steve + Barry staying behind to help. We heard the news at Tesco in Purley and Jim Medway kindly offered to bring them over to Tattenham Corner. We made our way fairly slowly there expecting the fast boys to catch up but no sign and we did laps around the roundabouts at the Epsom Racecourse. Eventually they turned up having apparently had to repair two punctures as Steve’s bike also succumbed to the “pressure”.

Ewa gave up on us and decided to do her own ride through Leatherhead and Dorking so the rest of the gang made our way via Leatherheand and Effingham towards Cobham. At Effingham we realised that Tomtom and Frank had disappeared and after a long wait and a couple of unanswered phonecalls I just shrugged my shoulders and moved on.

Soon afterwards, Jim Medway had a prolonged encounter with a car driver who thought one foot was more than enough clearance to give a cyclist on an empty road. The clash continued for a good 5-10 minutes with the driver threatening to follow Jim home but eventually he left the scene and we made our way in peace to Painshill Park at Cobham.

In the meantime, Frank and Tomtom searched through Stoke D’Abernon Garden Centre, Waitrose and Sainsburys in Cobham before arriving at Painshill a minute before us. And soon, with a minor flourish, Jeremy arrived. Next week, I will be even more vague with a destination, perhaps something along the lines of somewhere in Kent!

We took the road to West Horsley and joined the long, straight A245 towards Bookham. Barry, Ajay gave Agne a run for her money as she let her new bike fly along. I stayed with them as I thought about telling them to turn right towards Westhumble. As my legs started to scream, I realised that they should be paying more attention to me – after all I was the leader! They headed straight on towards Leatherhead and the rest of us went down the steep descent to the Stepping Stones pub where the usual alcoholics nipped in for a quick one.

Jim K and myself carried on to Boxhill and here we met the three runaways once more. There was time for one more piece of roadrage. I watched in shock as two rather large men sat in the car looking somewhat bemused as Ajay shouted abuse at them for driving in the cycle lane near Agne.