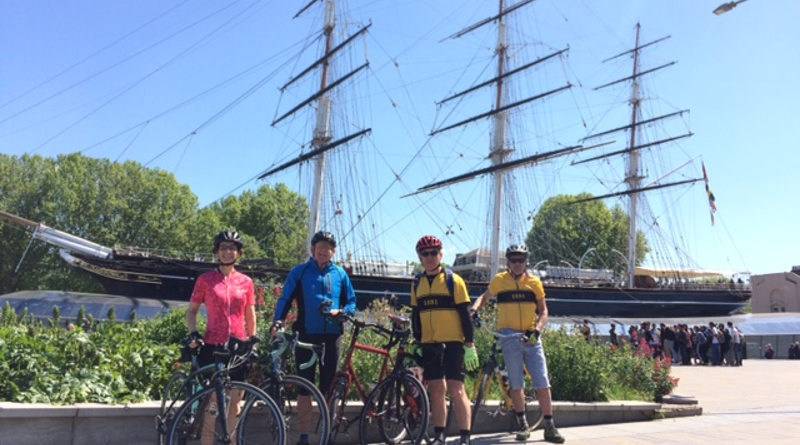 We met at Shurguard where some left on Des’ ride to Stoke D’Abernon and five of us (Tim, Bob the Builder, Bob the Fireman, Delmar and Frank) headed north for the Cutty Sark and Greenwich Park.

It was a gloriously sunny day. We took the back roads to the Croydon Arena via a newly installed tarmacked path through Lloyd Park. We then joined Cycle Route 21 that took us through the South Norwood Country Park and along the banks of the Pool River. The river looked remarkably clean for a city river and we spotted an Egret.

Just before Catford the Pool River flows into the Ravensbourne. We crossed the railway via a high spiral bridge with a convenient slope to cycle up and down, although we were thwarted by dog walkers coming the other way! We followed the Ravensbourne through Ladywell Park and the Ravensbourne Mill Park to reach Deptford and the Thames. We had great views across the Thames to the city skyline and up the river to the Shard. 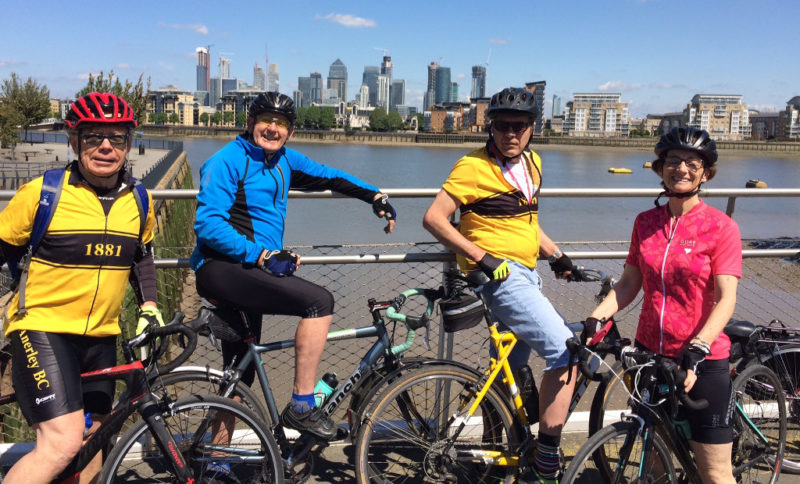 A short ride along the Thames brought us to the Cutty Sark. 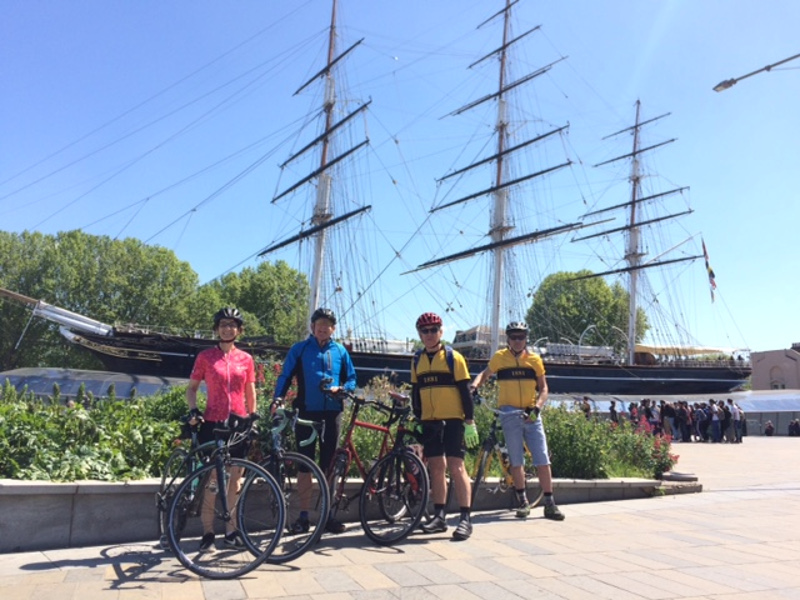 A short climb up into Greenwich Park brought us to the Pavillion Café where we joined the 9:30 Group enjoying their refreshments outside in the sun.

The final point of interest was the Windmill at Shirley Hills. 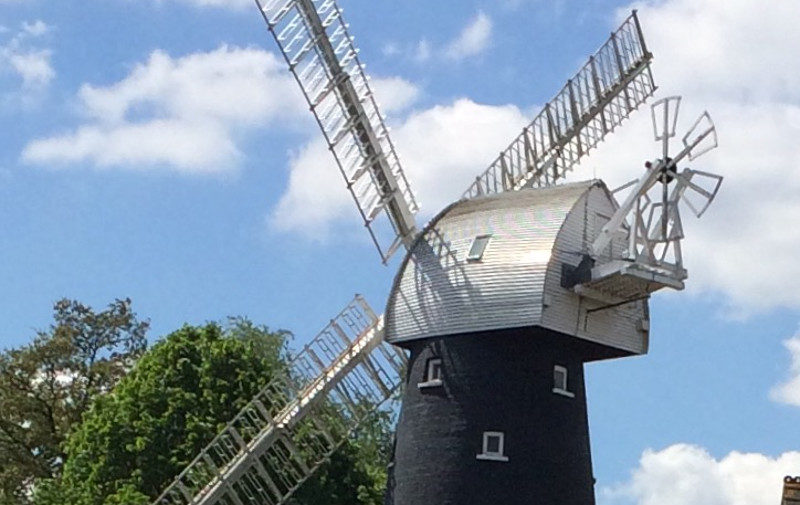 It’s surprising how much beautiful countryside there is in London.