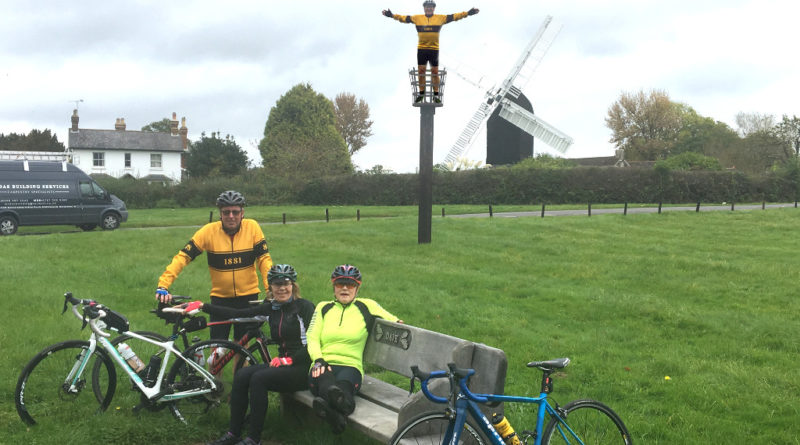 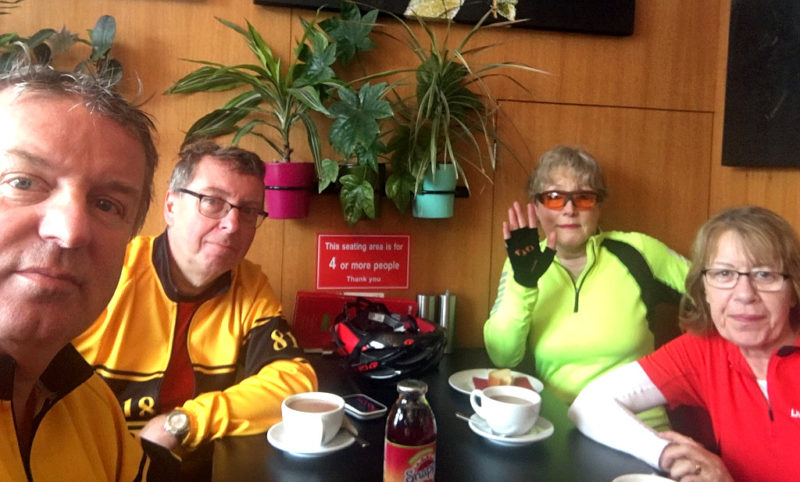 There were four of us at the start, Alice, Karen, Roger and Pete. We headed out to Selsdon via Purley Downs road for a nice warm up climb at the start of the day, from there it was out along Old Farleigh Road and out passed St Leonards Church.

As a change, we avoided Beddlestead Lane and headed west to pick up the Limpsfield road and then part way down Clarke’s Lane, turning right onto Rectory Lane. This had all been pretty speedy but when we reached the Pilgrims way and headed right towards Titsey, what in the summer had been a favourite downhill, quite country road had been turned into a treacherously slippy surface. A warning to other riders avoid this area for several weeks as heavy agricultural traffic has covered the road with mud making it very unsafe for skinny wheels. We edged along at little more than walking pace for at least a mile.

Once back on a decent road surface we headed to the Red Rum cafe at Lingfield for Tea with their usual excellent and friendly service.

We had originally intended to return via Reigate but due to a combination of an aching back and time pressures we shortened the route to return via Outwood and Bletchingly to Caterham on the Hill.

Now here’s an interesting thing about bad backs. Leader Pete had been suffering a bad back for the previous 3 weeks curtailing his cycling plans and forcing him to walk like an android. Two days previously he couldn’t even walk the dog 100yds. Once on the bike however with back in a constant straight position and limbs warmed by a few uphills it all seemed to loosen up and fall into place. So if you are a fellow occasional sufferer you could try and save some money by not visiting a chiropractor and get on yer bike. Maybe try an indoor turbo trainer first just in case. 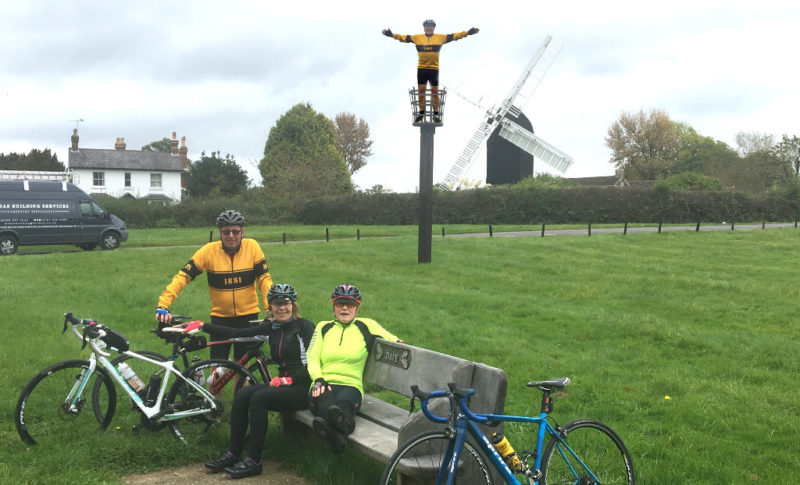