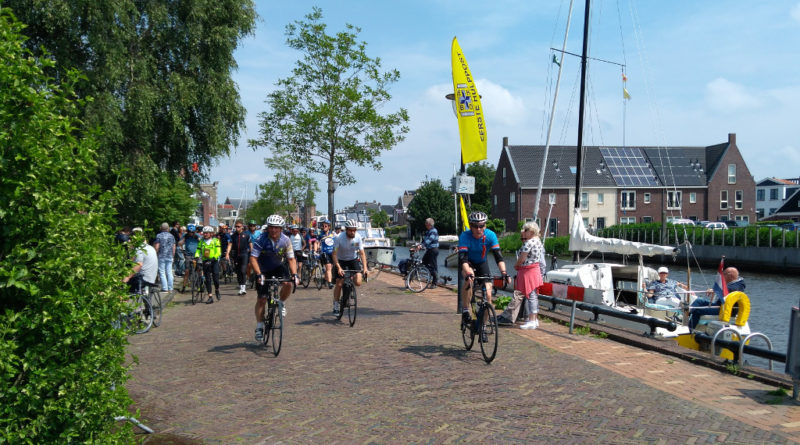 T’was music to my ears until I realised, too late, the distance: 235kms (147 miles). This is the iconic Dutch ride through 11 picturesesque Frieseland cities. It started in winter as an ice skating event along the the canals but since 1976 global warming has made the winter event impossible. The canals don’t get sufficiently frozen.

The bicycling version started in 1912 and is run annually on Whit Monday. Nowadays the demand is so great that it has to be limited to 15,000 riders selected by ballot. Our team of seven (TomTom, Stuart + 5 friends) were successful at our first attempt. So we decided to make it the centre of a week long tour.

It started with the Harwich to Hook of Holland ferry. We took three easy 50 mile-a-days along the eurovelo North Sea route to our hostel: 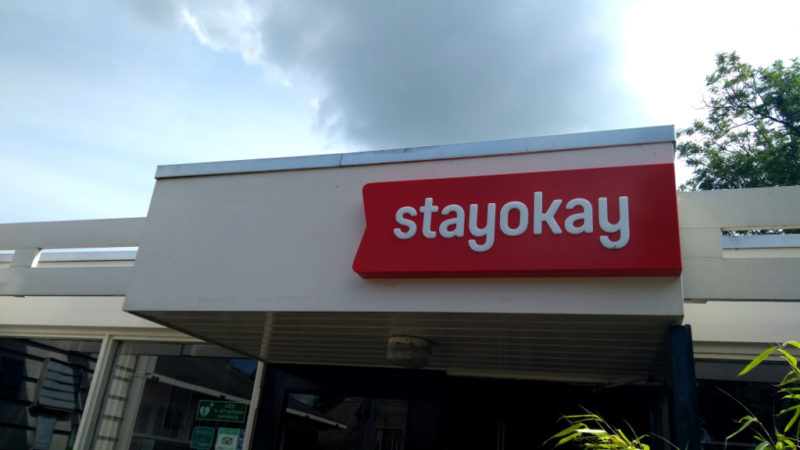 Except it was 12 miles from the start!

Everything else had been booked up by the regulars (some have done it over 50 times). The hostel is like a civilised YHA except it is licensed and very friendly. Recommended. The view from the bar … 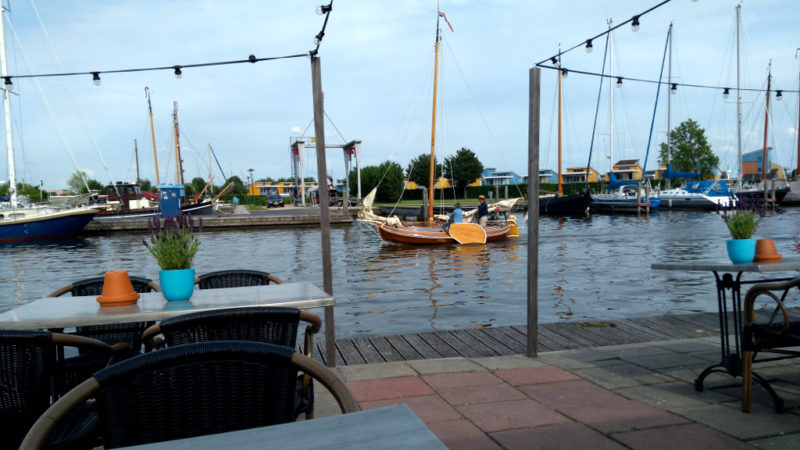 The ride start is between 5am and 8am in 23 groups. After over a hundred years the Dutch have this properly sorted. It has become a intrinsic part of the public holiday in that part of the land. People sit out on sofas in their front gardens with beer, music and even dancing. Every town competes with oompa bands and cool DJs. Every tandem (and there were a lot of very heavy duty models) would also have a music system going full-blast. Glastonbury on wheels.

There were also plenty people of all shapes and sizes on Dutch sit-up’n’beg bikes. They may be heavy but on the perfect flat once you have wound them up they cruise almost effortlessly absorbing the occasional cobbles with ease. Sadly there were also plenty of chaingangs hurtling past with much bellringing and free use of the local dialect.

Pointless, as with Audaxes, there is a limit to when you can pass through a control. Hence we passed them time and time again as they queued waiting for their group time to open.

The first part of the ride was hard to the north east along the coast. It may be flat but that gives no protection against a 30 mph headwind and driving rain. The first 80km was just an awful slog but a great way to learn draughting.

Then we turned on our figure-of-eight course, the sun came out and the wind was on our backs. We flew the next 80kms.

With a hundred miles on the clock you sense you are going to make it. The last 30km saw a return to the headwind but you just grind the kilometers down back to Bolsward the Start/Finish city.

Coming back home we rode, once again, 15kms across the 30kms Breezanddijk (part of it is done on a free fietsbus as that part of the cycle track is closed so they can raise the height of the dyke to combat rising see levels and protect the heart of the nation). Headwinds, rain and a 90 mile ride the next day was foresaken for a train ride to The Hague and the short hop to the ferry home.

A truly wonderful experience. I would recommend it to anyone who can do 100kms but wouldn’t normally dream of over twice that distance. Of course if you find yet another picturesque town of canals with extra windmills boring or need to honk a hill – it ain’t for you!