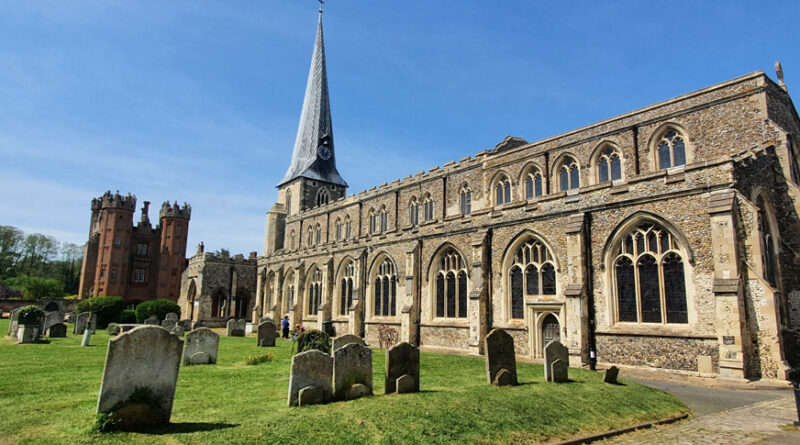 The Road to Recovery Part 1

While lying in my hospital bed after a heart attack, I planned a series of recovery rides. I was delighted to be allowed back on my bike so soon!

This is an account of my first cycling day trip since having a stent fitted.

Starting in Colchester I headed north to Hadleigh, a pretty market town in Suffolk. The route takes a meander through a housing estate before crossing a river into open fields given to crops – wheat, barley, spring onions, rape etc. Quite an amazing sight laid out on gently rolling fields. Just the kind of gentle riding that my doctor ordered.

The village of Langham Moor High Street comprised of a few very pretty cottages and a pub – quite charming really but not quite as stunning as Hadleigh with it’s geese filled stream and stunning church/tower combination, all paid for by the wealth of medieval sheep farming landowners.

After a quick sandwich and drink in the graveyard (at least these residents weren’t going to complain) and I was off towards Flatford Mill.

If you know anything or indeed very little about art like me, you will have heard of Flatford Mill, owned by John Constable’s father. This is where many of Constable’s greatest artworks were painted including ‘Scene on a Navigable River’ and ‘The Haywain’. The landscape hasn’t changed much thanks to the National Trust and from here you can either make you way back up the hill to Flatford as I did, or walk on to Manningtree.

Back again in Essex, Manningtree is near the mouth of the Stour River and is also a very pretty town with a little river beach where I sat in the sun and read my book while also watching the little kids playing in the sand. One of these Essex urchins was called Bluebell and I had to suppress my hilarity at hearing her mother constantly telling her off, “Bluebell, don’t climb that wall. Bluebell, come down from there. Bluebell…” and on and on she went.

After climbing up the hill out of Manningtree, I was once again back in open countryside for the last 10 miles or so back to Colchester. Advertised as Britain’s first city, Colchester was the Roman’s capital before Boudicca and her tribe, the Iceni, decided go on a rampage killing some 70,000 Romans and pro-Roman Britons. They destroyed Colchester (Camulodunum), London (Londinium) and St Albans (Verulamium). Quite a feisty lady but not keen on Romans.