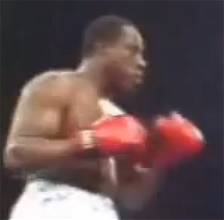 Former British heavyweight champion Gary Mason was hit by a white van while cycling along Sandy Lane South, Wallington in the early hours of Thursday January 6th. He was pronounced dead at the scene.

The driver of the Vauxhall combi van involved was arrested on suspicion of careless driving.

Gary became champion in 1989 but was overshadowed by Frank Bruno who was, perhaps, the trainer’s favourite. He was finally defeated by Lennox Lewis. He retired due to a detached retina and lately was working as a cab driver. His was also a rugby league player for London Crusaders reserves.

This was the first London cycling fatality of 2011.