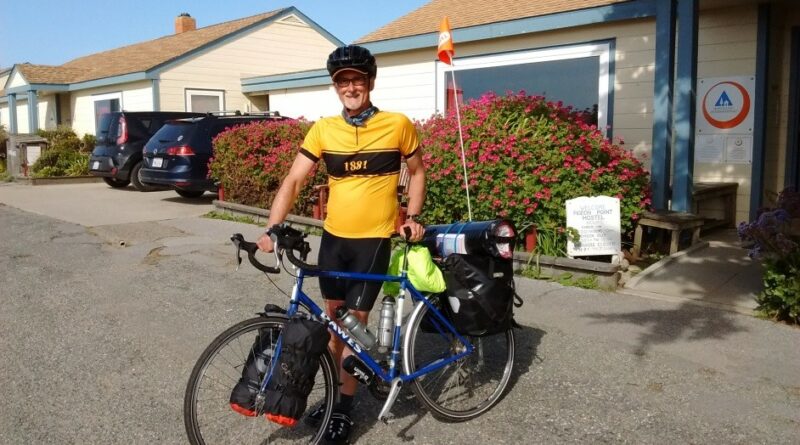 As there was no election and I didn’t want to prolong the AGM, I haven’t had a chance to introduce myself. So even though it is a bit late, I thought I would take this opportunity to say a few words through the Gazette.

First I’d like to thank Mark for all the good work he has done for the club during his time as Captain.  So who am I?  Here’s a quick Biography!

I was born in Catford in 1952, 90% of households didn’t own a car, bomb sites were still in evidence all across South London, and WW2 rationing was still in place!  I moved to Forest Hill in 1956, then Crystal Palace, Sydenham and finally Beckenham where I have been for over 30 years.

I went to Dalmain Rd school, Forest Hill, Brockley County Grammar School, South East London Tech and then The City University, Islington (Electrical Engineering), During my university days I cycled from South London to Islington and back every day on a fixed wheel single speed Jack Hearne “racing bike” as they were called then!

My career was spent as a Chartered Electrical Engineer and subsequently as a Senior Manager in the Power Industry, working for both nationalised and private companies. After a fairly conventional engineering and management career, I later switched to specialise in Health and Safety and emergency planning, I dealt with complex H&S issues including serious and fatal accident investigations and represented the UK in Europe on a number of H&S issues. I also led an EU Electricity Industry H&S group from all EU countries.  I also acted as the industry Gold Commander during a number of terrorist incidents.  I retired at the end of 2012 because I wanted to spend more time on my hobbies, especially cycling!

I’ve always cycled.  But for much of my life, my work dictated the frequent use of a car, it was a breath of fresh air when I moved jobs to the industry Trade Association in 2007 and started cycling to work regularly.  I joined the CTC, cycled with various clubs including several CTC branches and Addiscombe CC, before finding the best UK cycling club which is of course Anerley BC.

Since 2007 I have done more cycling than in all my previous years, with tours and cycling holidays taking me to USA, Spain, Croatia, Italy, Poland, Slovakia, Slovenia, Corsica, Finland, the Netherlands and Belgium, and I have also done some cycling whilst on holiday in a number of other countries such as France, Germany, Denmark, Turkey, Greece, New Zealand and Australia.

My other recreational activities include squash, walking and occasional Tennis. I also spend a day or two each week with grandchildren and family.

What’s my vision for the club?  Well I’m not going to propose any big changes right now, I think we do a lot of things very well at the moment.  Membership of our club has been growing for some time and we are successfully running more rides which are well led.  We have managed to deal with the pandemic as well as any other club and we were ahead of many clubs with our Register.  Before we go rushing into any new plans I want to hear from you all first.  My top priorities are that our rides are safe and enjoyable.

Some areas I do think we could improve on are involving all members, communication and decision making.  I would like to start by sending out a survey to all members.  I will contact you in the near future about this.