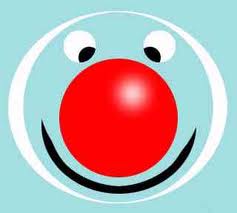 The ride up to Walton produced a pleasant surprise when we realised that there is a new crossing on the A217 at Kingswood Warren. After at least one accident and several close shaves it is finally relatively safe to cross here. Anyone who has travelled up the road from West Humble Station to Polesden Lacey knows that there is a VERY steep hill near the end. None of walked up it but it was very tempting! John put in so much effort on his fixed gear bike that his chain jumped off and jammed the back wheel. Lucky he was only travelling at 5 mph or else it would have been more than just a red nose for him.

John, Meike and Sandra joined us for a lovely cup of National Trust tea (slightly cheaper than the stuff in HP Inkjet Cartridges) at the former home of the socialite Mrs Greville before we headed home in a bitterly cold 15mph headwind. Climbing up Box Hill only produced a slight thaw in our Red Noses so I was grateful to get home without frostbite.