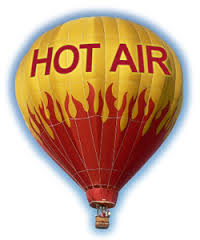 I expect that you have all read that cows, sheep and other herbivores are major polluters due to the methane gas that chewing the cud produces.  But are we cyclists another source of greenhouse gases?

Politicians are well known for spouting hot air, but this little story might provide a great idea for a new green tax to help fill the black hole left by the last UK government.

With the multi-trillion budget deficit of the U.S government, the State of Washington has proposed a 5% tax on bicycles. One of the State’s representatives had this to say:

“Currently motorists are paying to use their cars on the roads while they are actually driving their cars. At the same time, they are paying for bike lanes because there is no gas tax — or any transportation tax — generated by the act of riding a bike on the roadways. So, if cars pay for the roads they are using, it only makes sense that bicyclists would also be required to pay for the ‘roads’ they use when they are actually biking on them.
“Also, you claim that it is environmentally friendly to ride a bike. But if I am not mistaken, cyclists  have an increased heart rate and respiration. That means that the act of riding a bike results in greater emissions of carbon dioxide from the rider.  Since CO2 is deemed to be a greenhouse gas and a pollutant, bicyclists are actually polluting when they ride.
“I know, you own a car and drive so are paying gas tax — but not while you are riding your bike. When you are driving your car and generating gas tax you are also driving on the roads so are only really paying for the roads when driving — not while biking.
“Sorry, but I do think that bicyclists need to start paying for the roads they ride on rather than make motorists pay.
“My point is that by not driving a car, a cyclist is not necessarily having a zero-carbon footprint”.

We are after all being told about fairness and how we must all make our contribution to save the nation. And being a green tax this will not only save the nation but also save the world. Expect this great idea to be announced shortly by Cleggy!