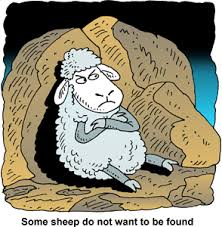 For most of us this was the first Spring bike ride of 2013.  We certainly had Spring sunshine, but the wind definitely had a winter’s chill!  However the sunshine brought out a great band of Anerley’s finest. There were (ladies first), effervescent Ewa and jolly Jenny, plus John D, Tom V, David, Frank and Henry.  Plus a welcome face, Ricky now on the mend after a bit of surgery.  Including myself that made 9. That must be a record for a Tuesday ride!
Arriving at the mini roundabout at the top of Titsey Hill, I stopped to take a group photo to mark this record gathering. After this,  the rarefied air at this highest point on the North Downs appears to have affected the consciousness of the merry band.  Chaos descended upon the group as Tom and Ricky set off along the ridge to Knockholt. The rest of us set off down the hill towards Westerham before turning off along the Pilgrims Way. At least that was the intention.  However at the turn, instead of the 7 remaining we were down to only 4!  After a while Frank and David appeared but from a different direction, but no Henry. We waited and waited, and then John D and David went off and left us, whilst Ewa went on ahead. We waited some more but still no sign of the ever increasing lost sheep.
To cut a long story short only our 2 ladies, Frank and I actually completed the intended route, which was for the purpose of testing the winter weakened legs up the very long and very steep climb back up to the North Downs ridge.  Eventually we made it to the tea stop at the Coolings Garden Centre at Knockholt Pound. And so did all the lost sheep! Due to the delays caused by all the stopping and waiting, I didn’t have time for my morning cuppa. The only consolation was that at £1.60 for a cup and half, I’m glad that I saved my money. Tea shops are getting worse than banks for ripping off their customers!

On the way back at Ewa’s suggestion and for a change of scenery, we detoured along Chestnut Ave, where, just to show how cold it still was, there was still some snow lingering on. But not quite as bad as it has been on earlier rides! Will it get warmer by next Tuesday?  Will the sun still be shining? To find out more be at Tesco Purley, 10 o’clock! Unfortunately we will be missing our lovely ladies.  Jenny is off to sunny Spain for 3 weeks, and Ewa will be bathing in the River Jordan. Can’t wait to see the bikini lines when they get back!