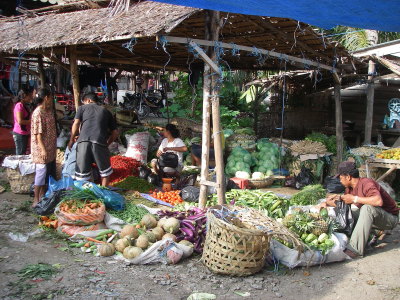 Another sunny day and five of us started the ride at Tesco, Purley.  Jenny and Sandra met us at Coulsdon and along Chipstead valley the number increased to eight with the addition of Andy.  A very good turnout for a Tuesday ride!
From Chipstead valley we took to the hills, starting with the climb up Hazelwood and Doghurst Lanes to the High Road ridge by Elmore Pond and the White Hart pub, at old Chipstead on the hill.
In days gone by the High Road was an important highway and there used to be a market here at the cross roads by the pub for the sale of animals and farm produce.  From which ever way the buyers and sellers came, there was a hill.  Elmore Pond was much welcomed by livestock taken to the market, and especially by thirsty horses pulling the carts and wagons up the hills. But we didn’t stop for a pint as our destination was a few more hills away! Turning off the High Road we swooped down White Hill, turning off again up the very steep climb of Pigeon House Lane.  A few lesser ups and downs along the narrow and twisting country lanes and we eventually (much to the relief of some!) came out onto the A217 at Kingswood.
Now back on more familiar roads we had an easier and more leisurely ride on route to the Pine Shop tea room at Charlewood with only one more climb of note, that being up Norwood Hill to another  cross roads with another pub, the  the Fox Revived.  Some of us also needed reviving after this climb so we stopped to catch our breath and for a photo shoot. After the many low cadence slogs up Surrey’s hills it was now time for a change of pace. From the cross roads it was a swift descent with a  great view of Gatwick Airport ahead and below. Maintaining the speed, John Dadson , Andy and myself set up a lead out train for the 30 mph sign on the approach to Charlewood.   Shrouded by trees, John Dadson spotted it first, jumped and won the sprint into the village.  Here we met John and Meike at the welcoming Pine Shop Tea Room.

The ride back via Meath Green and Earlswood Common provided the opportunities for a several more high cadence sprints to 30 and 40 mph signs which were eagerly taken.  Are these to become a competitive boost to future Tuesday rides?

Will this spell of good weather continue into next week? Hopefully, in which case see you next Tuesday at Shurguard for a 10 o’clock start.