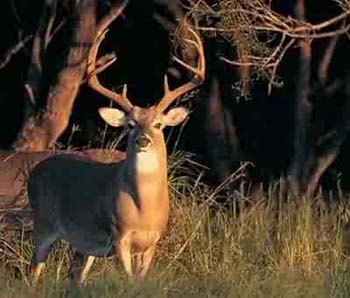 This Tuesday it is raining (27th Nov),  so if you have missed a ride you can now catch up with an earlier, sunnier, Tuesday.
That November ride was on the 13th, unlucky for some.  But not us!  Although we started off with a grey sky over Croydon it was not long before the sun broke thru making the ride more enjoyable.

Picking up Sandra and Jenny at Coulsdon we continued along Chipstead Valley Rd as far as the mini roundabout at the start of Stagbury Downs.  Where’s that I hear you ask.  Stag hunting here is a thing of the past, but check out the picture below. I am sure you will all recognise this view, looking towards Croydon. After climbing the hill up from Chipstead Valley Rd to Banstead, we continued on to Tattenham Corner with its view over perhaps the most famous race course in the world.   Even Sharon will now recognise this as we introduced her to Epsom Downs and the sport of kings on an earlier Tuesday Ride. From the top of the Downs we had the long freewheel, following the cycle route down Chalk Lane.  Then taking the road leading to Rookery Hill we came to historic Ashstead Park.  In Norman times this park land belonged to the Archbishop of Bayeux, it is now home to the City of London Freemans School which dates back to 1854.
Not quite so old are some of our regular Tuesday riders, seen here posing by the bridge in Rookery Hill.  A stream, now dried up, once flowed under here to the large ornamental pond in Ashstead Park. This day’s tea stop was at Annies in Leatherhead, where once more we were joined by Jeremy.  He had on this occasion forsaken his M.G sports car and ridden on his bike to join us.  So with John and Meike also meeting us there, we ended up with a party of eight.

On the ride home Jeremy picked up the pace, leaving us more sedate riders to potter home, however what Jeremy didn’t know was that our normal route home was closed just before Chipstead for major road works. As a result he had to make a detour across fields and footpaths to avoid going back to Kingswood. We however were better informed, so I took my merry band back from Kingswood via Mugswell and Chipstead Lane.
It made a very pleasant alternative on this sunny day, passing the Well House Inn. The three old cottages that now make up this old inn date back to circa 1560. King Henry VIII hunted deer in the surrounding woodlands, hence the area being named as Kingswood. The well is much older, being mentioned in the Domesday Book of 1086, but dating back to at least the Bronze Age.
And so, avoiding the road works, and not sighting any rutting stag, we arrived back at Purley with the sun still shining and after a fairly short ride of only about 30 miles.