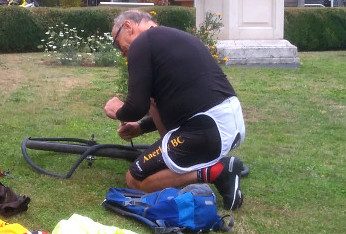 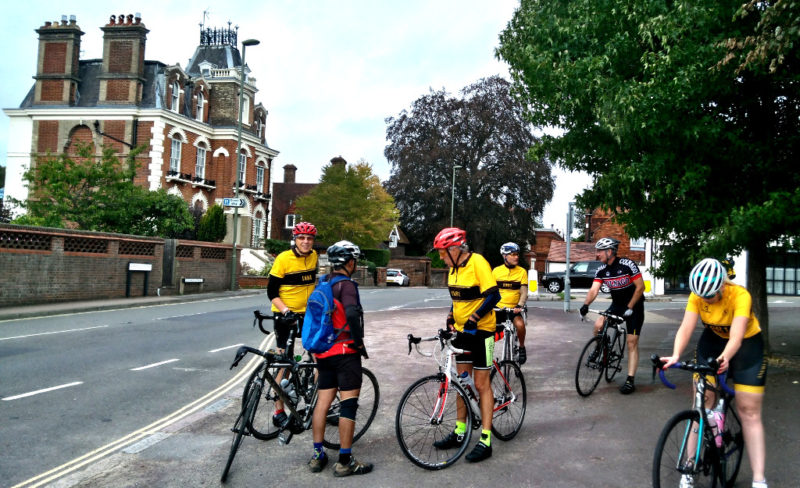 The ‘A’ Ride was back to normal after last week’s adventure. But not without a little excitement. The ‘A’ Ride has grown big enough to have to split in two when there is traffic about. Here in Leatheread the front mob are awaiting the back mob to catch up – only to find out that George had been clipped crossing the A24. And we are not talking SPDs. A sore foot but and an undamaged bike was thankfully the result.

We moved on past Leatherhead to the wastelands of Bookham and Effingham before rolling up at Painshill Park. Parts of which may be familiar to viewers of ITV’s Vanity Fair. During refreshments the puncture fairy had stolen up on Frank’s bike: 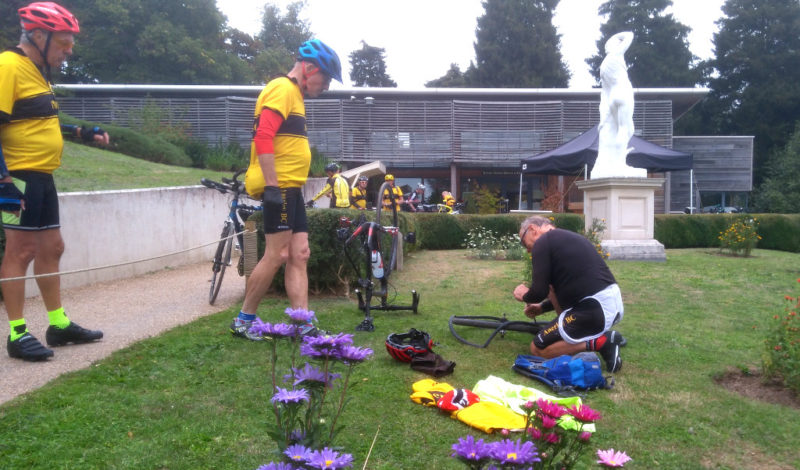 Tom had taunted us with talk of Box Hill but instead took us on a tour of Leatherhead’s back streets presumably culled from his commute home. We did get home in 44 miles at 12.82 mph.