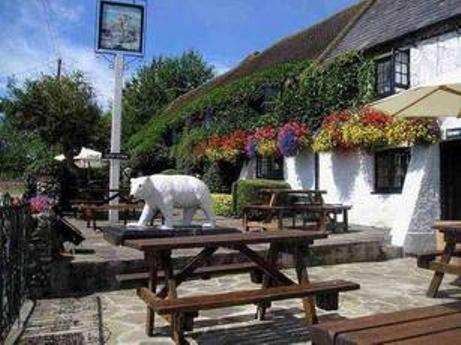 The new year has not been kind to us Anerley cyclists. Torrential rain and floods, gale force winds and fallen trees have resulted in cancelled rides. And last but not least, frost and icy roads have been the cause of fallen riders and abandoned rides. Well at least it was better for this Thursday Ride. Whilst the wind was chilly and quite strong, the sun actually came out during the ride so it was a pleasure to be out on two wheels. However I must admit that I suffered a bit because it was about 2 months since I last turned a pedal. Even this short spell out of the saddle seriously depleted my cycling fitness. On the way home, into a very strong  headwind which made it feel very cold, I for one found it very hard going.  I even began to think that perhaps I should remain in hibernation until the warmer days of March.  But back to the important bit – the bike ride!

Four of us set off from Shurguard, Brian Penny, John Dadson, Mark Handcock and of course myself. Heading northish towards Croydon along the Brighton Rd, we swung a right past the bus garage and headed up to Selsdon. Then an easy downhill to Addington, for another right into Featherbed Lane, the latter part of which ends in a climb, and this  showed up my lack of fitness! The only saving grace was that the White Bear was not a real polar bear, and not drop of snow has yet fallen. Just lots of rain!
Continuing through the country lanes we crossed over the county boundary into Kent and thru the villages of Nash, Keston and into Downe.  Here we passed another well known hostelry. The old George and Dragon. But perhaps better known than the pub, is a now famous beer swiller and resident of Downe, none other than UKIP’s very own Nigel Farage. And to prove it, here is the famous face at the George and Dragon’s bar. But being of a more abstemious nature, it was not a pint of bitter for us.  After passing the pub by it was a fast downhill to High Elms Golf Club for the cyclists favourite of a hot and warming cup of tea.

So that is an outline of my first Thursday Ride of 2014. They can only get better!
See you next week, Tesco and onwards along Surrey’s hills and highways,
Des.