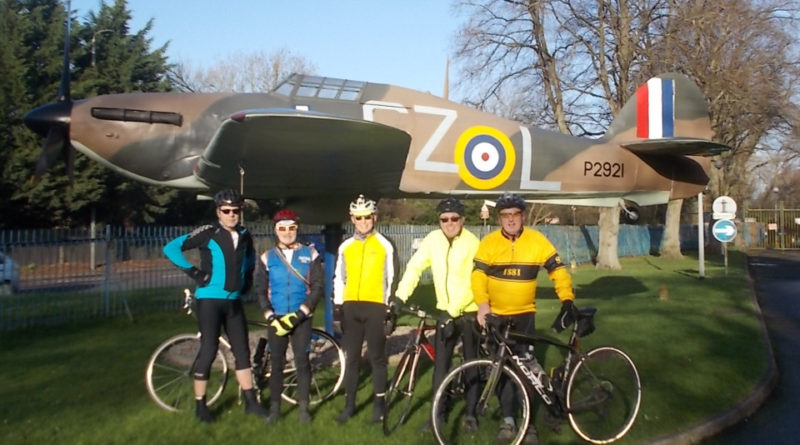 Out on today’s run, where John D, Barry, Bob, Robert, Peter,and myself. We tried out a new café at Biggin Hill airport,its called the Lookout Café. It is owned by a cyclist, so we were made very welcome. We rode out via Mitchley Hill and dropped down into Selson and rode up Featherbed Lane to the White Bear where we turned for the climb of Saltbox Hill, after photos by the mk one Spitfire,and mk one Hurricane,we where joined at the café by John and Meike.

Interesting fact about the spitfire during the course of the second world war,there where 24 different types,and a mk one spitfire powered by a Rolls Royce Merlin had a top speed of 350mph. By the end of the war the mk24 Spitfire powered by the Rolls Royce Griffin engine had a top speed of 450mph in level flight. After lunch we rode back via Biggin Hill town, Botley Hill and Warlingham. Not sure on mileage or time riding my computer said