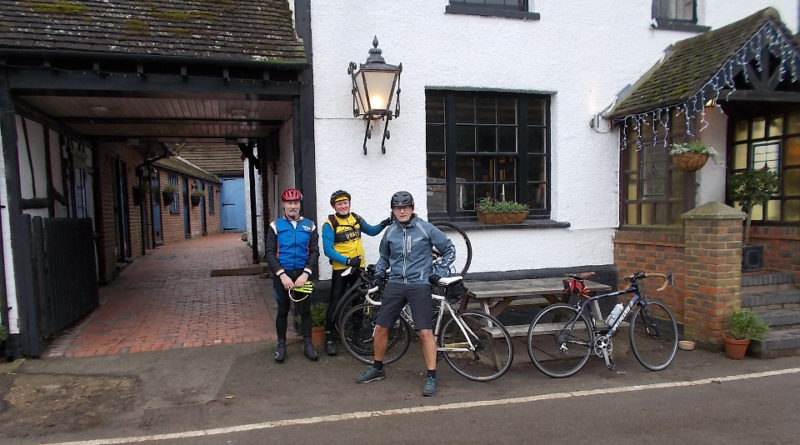 Thursdays club run,on todays run were barry,little tom,dave and myself.we set off from purley and headed towards kingswood,after crossing the a217 we dropped down pebblecombe hill and yes john t we did use are brakes.we rode down the back lanes until we reached the a24 just before dorking,finally we had the climb of Leith hill,myself and barry set the pace with both of us standing on the pedals,battling with the hill it would not beat us,finally we reached the highest pub in southern England the plough at coldharbour where we were joined by john and meike.the plough has just been taken over by new owners and big plans are afoot in the new year,they have three of the own bitters one of which we tried it was very nice,food was very nice,but maybe they need to add to the lunchtime menu with a few cycling favorites .after lunch we dopped down the desent to ockley and onto the a24,turning right onto the back lanes back to Reigate heath.very fast ride today,maybe to fast for this time of year,48.5 miles in 3 hours 30 minutes, ave speed 13.7 mp