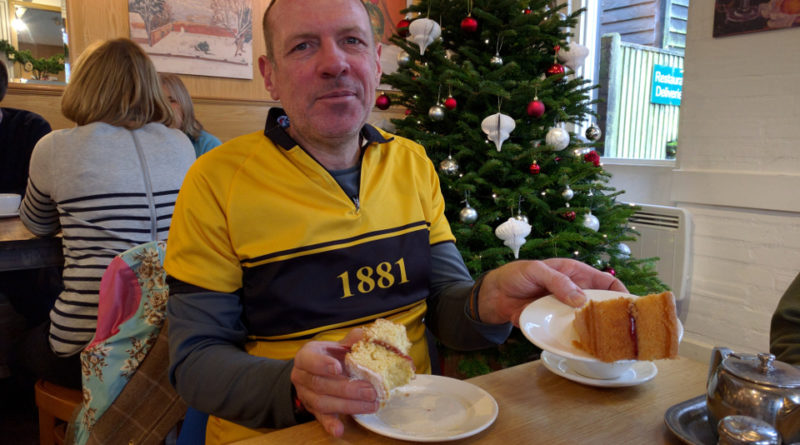 Weather warnings of 40+ mph gales by noon didn’t deter a decent turnout. It was going to be a quick dash out to Chartwell and back with no tea!

Our new Capt’n plotted a challenging route out – so much so that Beddlestead Lane almost came as a relief! But all was not done – Crockham Hill lay across the A25. We did it but the prospect of no tea or cake was beyond even the hardest of the Anerleys. Indeed the hardest of all helped himself to two cakes! We were to stop only for 30 minutes but that was mostly spent in the queue. Eventually we got going and Tom decided a slightly longer dash across the flat towards Godstone to reclimbing the Northern Alps. The wind was rising but was blustery rather than consistent and failed miserably to make the 40 mph mark. So back over Marden Park and I bailed at Whyteleafe South (hence the short ending of the track below) in order to get a quick beer in at home to replace the Pub Stop!