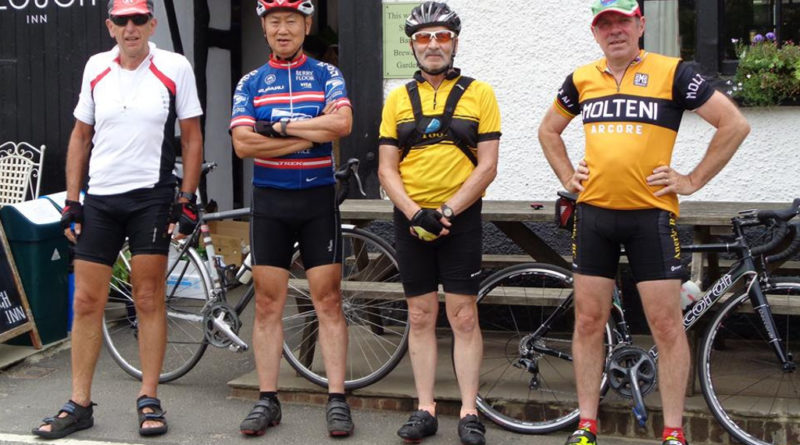 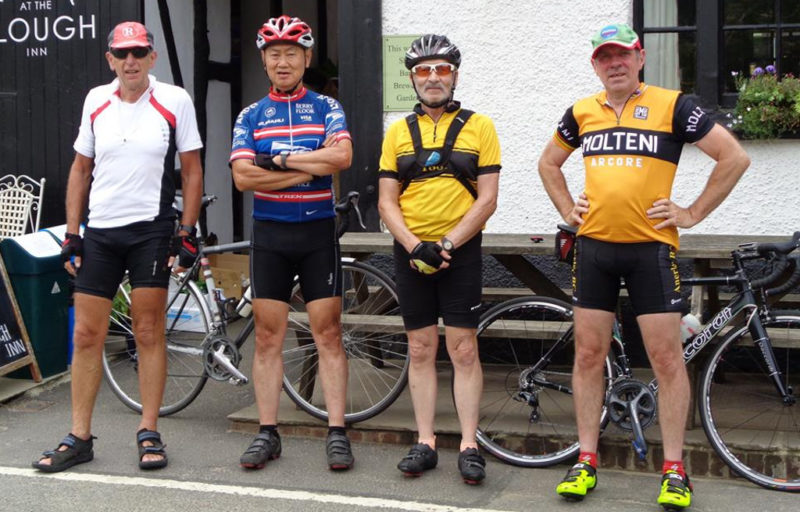 Thought I ought to have a ride with the Thursdays. Normally a bit fast for me – but having done 10 days touring and relieved of the pannier load I thought I was up to it. And the weather was great so what the hell?

The first surprise was to see Mark H limbering up to lead the pack. Back after a ‘very quick’ three month off-bike curfew by his Doc. Well first time ride – he isn’t going to be quick!

But he was. The pack shot off down the Brighton Road faster than I can remember. We soared along the now reopened Outwood Lane after George had extricated a plastic shopping bag caught in his derailleur. My speedo kept regularly crossing the 20mph marker on the flat but tucked in I was pulled along by the regulars.

Down Pebblecombe which is always fun as long as the gates are not closed Mark & Bob the builder took other routes. If you are getting back into riding where do you start. Well not Leith Hill I thought but it was. Above is a picture of four of the first five to top the beast.

Then a thankful long and glorious descent to the Scarlet Arms at Walliswood where we could, at last, realx and enjoy the sun. Back via Reigate and the Merstham Gap. An enjoyable 54.37 miles @ 14.03 mph. (Yes we did drop below 20 mph on the ascents!) 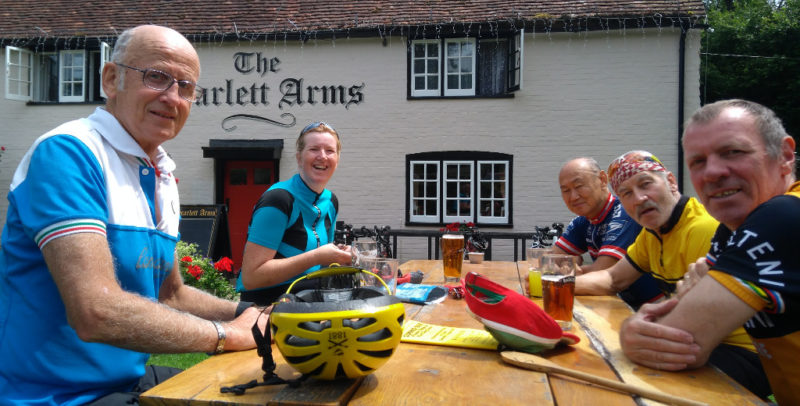