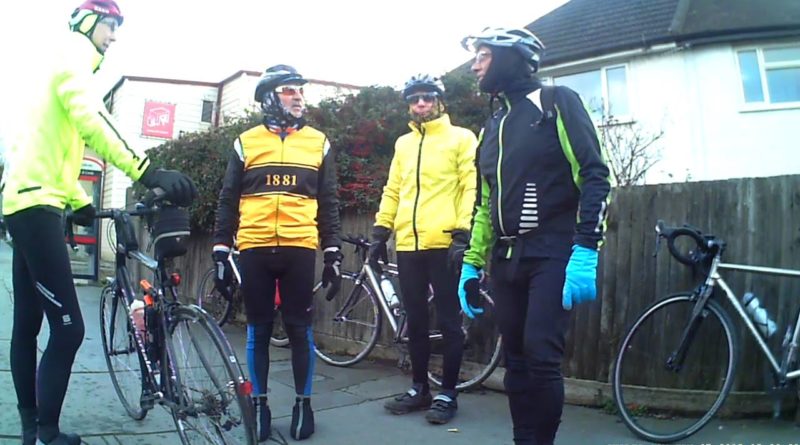 Nice paced ride (thanks Mark Tome Vaz). Somewhat cold but there were five of us Mark Tome Vaz, Barrie, Jim, myself and David Stott who was a bit under the weather but he soldiered on despite that cold.

We were joined by Brian Penny at the cafe and he rode back with us.

Barrie had front and back wheels punctures at the same time! After a brief discussion, he told us to leave as he was quite capable of sorting himself out. Later on it transpired that Barry had fixed his puncture only to have the back tyre go bang, leaving a large gash. He swapped tyres with the front, applied whatever he had to hand (cable ties etc) and put a new tube in with a low pressure.

He got home about an hour after the rest of us so not too bad! 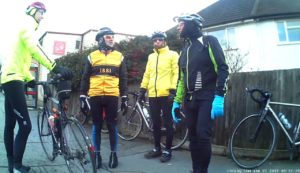 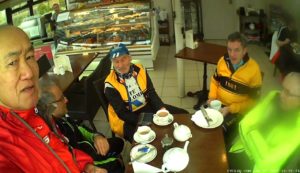