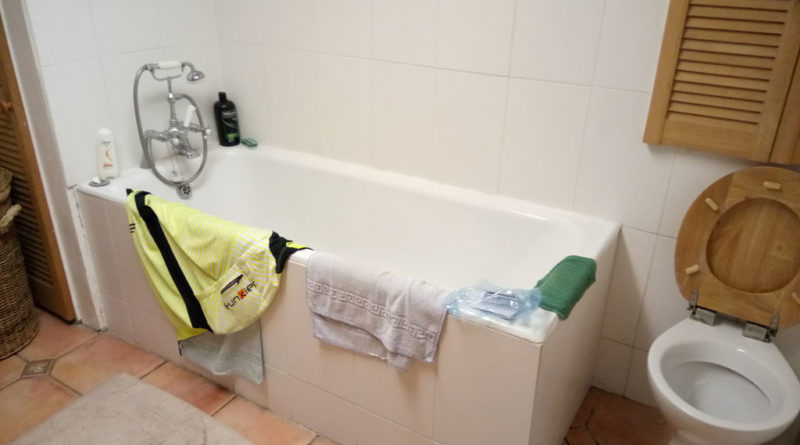 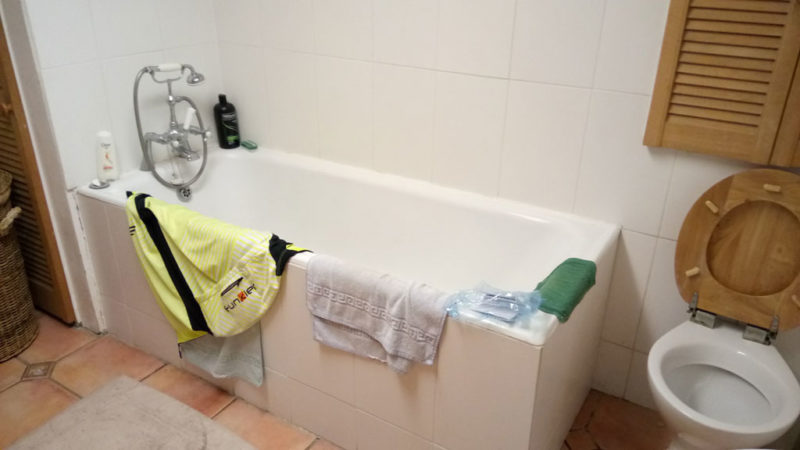 A group of 5 departed Shurgard (Jim, Tom Tom, Tim, John and Martin) towards Shoreham via Titsey, Clarks’ Lane and Pilgrim’s Way arriving around 1015. For the first time that I can remember there were no other cyclists there, although a few arrived once we were seated. The second half of the ride was slightly hillier than the first passing through Heaverham, Kimsing arriving a Godden Green a shade to early for lunch, so on to Ide Hill. Tom and John stopped for a quick refreshment at the Cock, Martin and Jim headed home, bumping into Frank on Pilgrims Way.

“I can’t even blame a hangover from Belinda’s superb BBQ party on Saturday for turning up at 501 on the dot but 10 am! Shades of Thursday’s start time.

I took the shortest route via Pilgrim’s Way to Shoreham thinking I would catch up a little if you went the Beddlestead Lane way and arrived at 11.10. I asked if there had been a gang of yellow tops with 1881. Not seen! Leisurely coffee and very nice apple pie and took a few photos particularly of the only toilet I have seen with a traditional white bath! A cycle group from Woolwich were there and as I left a group from Penge went by.

Stopped at a local field as there was a mare and foal by the gate who promptly went off up the hill. Got some photos.

Took same route back and just before Pilgrim’s Way/Clark’s junction Jim and Martin came past me! We carried on to Rectory Lane together and Jim gave me an update of your ride. Only 4 riders turned up. You avoided Beddlestead Lane and were at café at 10.15. They left you and George at the Cock Inn Ide Hill for a longer route back. Great day for a pint. I did Rectory Lane short sharp hill with ease for a change.

Such a glorious ride along Limpsfield Road ridge to Warlingham and Chez Kippin Selsdon.”