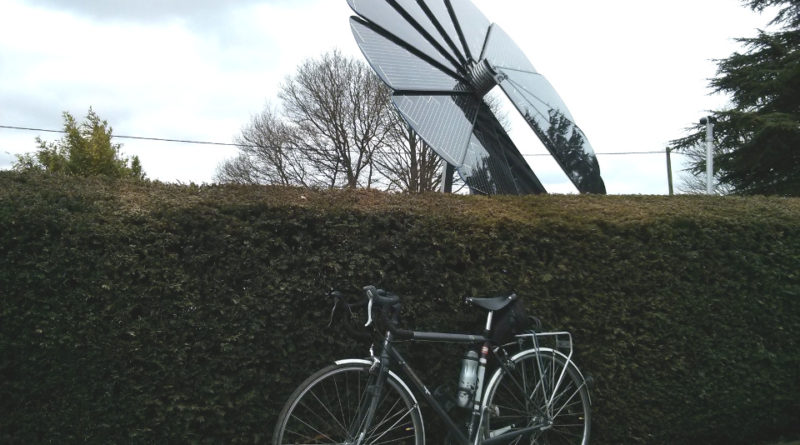 Capt’n Jim having taken himself north of the border to enjoy some jolly Irish knockabout rugger at Murrayfield left us floundering at the start point. Should we stick to the runs list, or experiment, who knew the way? Eventually Jeremy turned up, order was restored in the ranks and Coolings Garden Centre at Knockholt was restored as target number one.

Mitchley Hill restored a little heat on what was a cool morning. At the top we were joined by Gina and Ewa who were taking an even more relaxed view of start time. We took the Tatsfield variation to Knockholt. By this time, according to the forecast, the sun should be warming the day. And at the Garden Centre a massive sunflower (picture below) had been deployed to use it to heat our drinks. But, I guess, they had to to stay on the grid.

Refreshed, in all senses, we headed south through Shoreham where the Air Museum Cafe was still taking its winter rest. The pub stop was The Buck at Godden Green facing over the fourth duck house pond of the day. A lovely pub, inexpensive too and even a welcoming landlord who had been a cyclist. There wasn’t much wrong with this Kentish bit of the world.

The day felt even cooler on departure as we skirted Sevenoaks through rivenhead and back up the Pilgrim’s Way. Thom had another encounter with the puncture fairy but all was well with a fresh but cool ride.