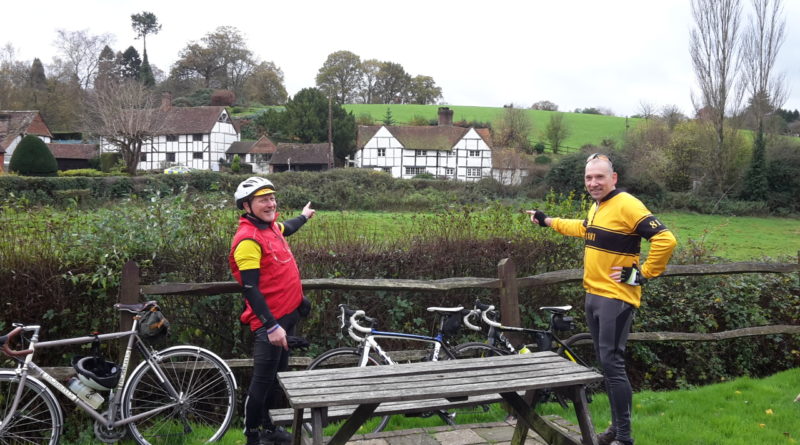 A warm but breezy start to my tenure as Club Captain. I was a bit concerned at 8.50 as I was on my own but Jim, Graham, Tom M, Jeremy and myself headed off towards Polesden Lacey. We picked up Gina at Coulsdon and sped off through Walton on the Hill and Leatherhead before arriving at Polesden Lacey for a cup of tea at the National Trust. Fairly hard work with a consistently strong southerly headwind.

Leaving Polesden Lacey we carried on South West through Little Bookham before crossing Ranmore Common where half of the group peeled off homewards for an early bath.

Lunch (soda lime and a packet of crisps £2) at the Volunteer Arms where Jeremy and Tom M pointed out Prunella Scales birthplace. Eventually we hoisted the sails and fairly flew back home with a lovely tailwind. Routed via Leith Hill, Dorking, Reigate and Redhill. A satisfying 48 miles and home for 3.15pm.