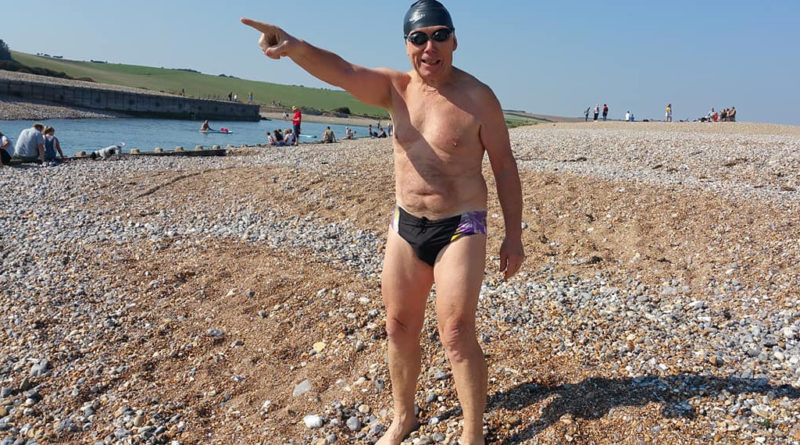 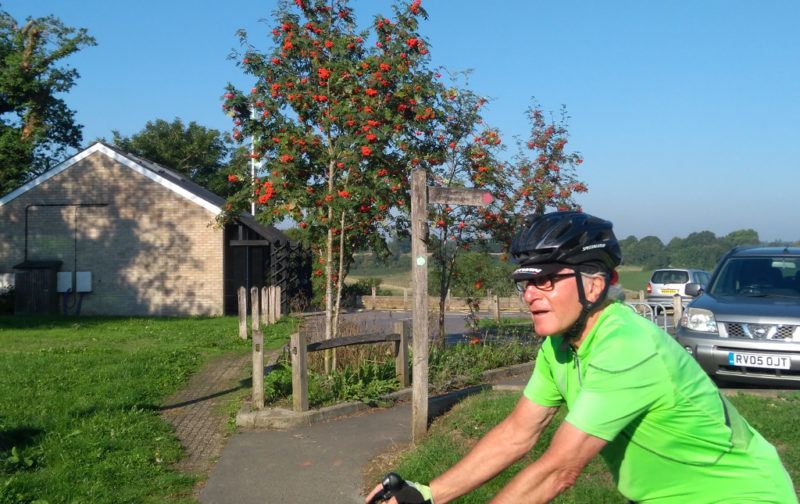 Dear, dear only three turned up for the 08:30 start for Eastbourne on a beautiful day, not too hot nor too cool.

Out via Farthing Down with Vince zipping past berries & loos. A standard route up and over Turner’s Hill then a left through Sharpthorne and then south towards Horsted Keynes encountering Jeremy who had motored out to join us. Tom V was taking us to Mrs T’s Tea Shop in Fletching, passed many times but never entered.

The Eastbourne Ride has a reputation for finding closed cafes and a medical emergency at Mrs T’s left us gasping. However almost next door was The Griffin ‘open 8am till late 365 days a year’. It was, it had a garden, it had tea, coffee but alas, no cake! 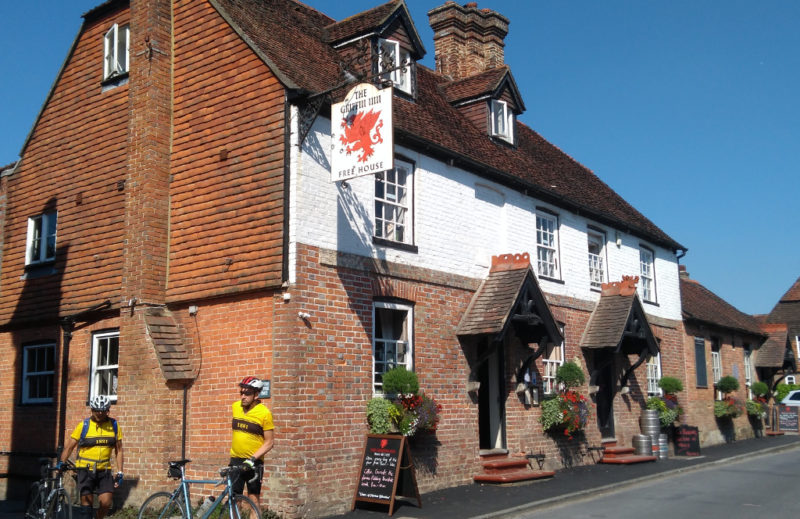 Relaxing hidden behind the pub we were more than a little surprised when Frank suddenly appeared. Apparently he had been set out late and interrogated almost everybody en route about a mysterious bunch of golden clad riders. Finally The Griifin landlord gave away our position so now five we headed south. 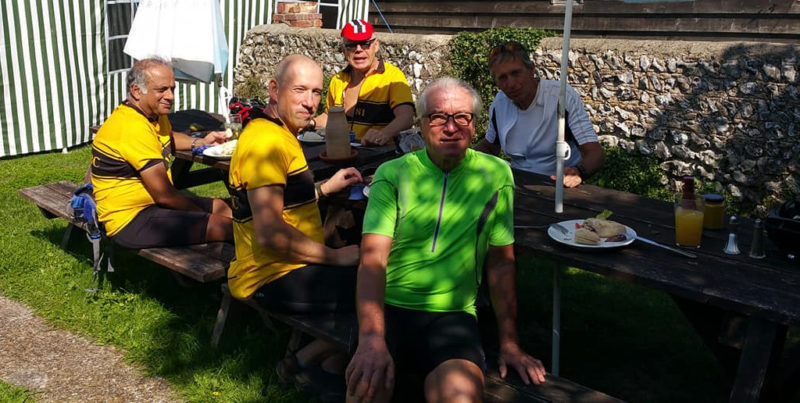 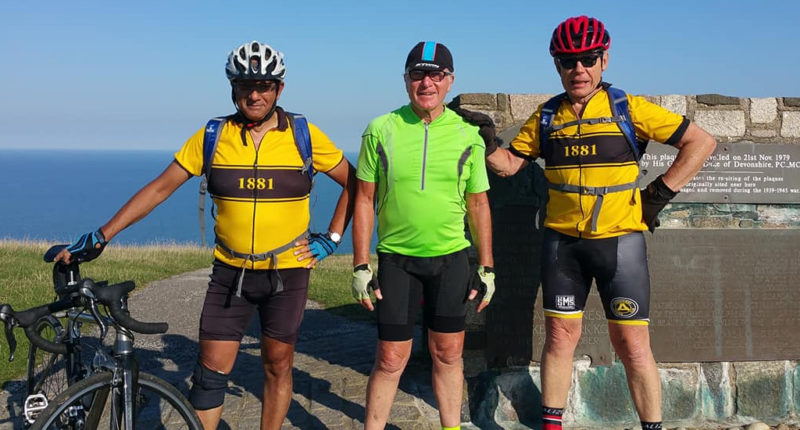 And then onto Eastbourne for the train home. No, not that way Frank! 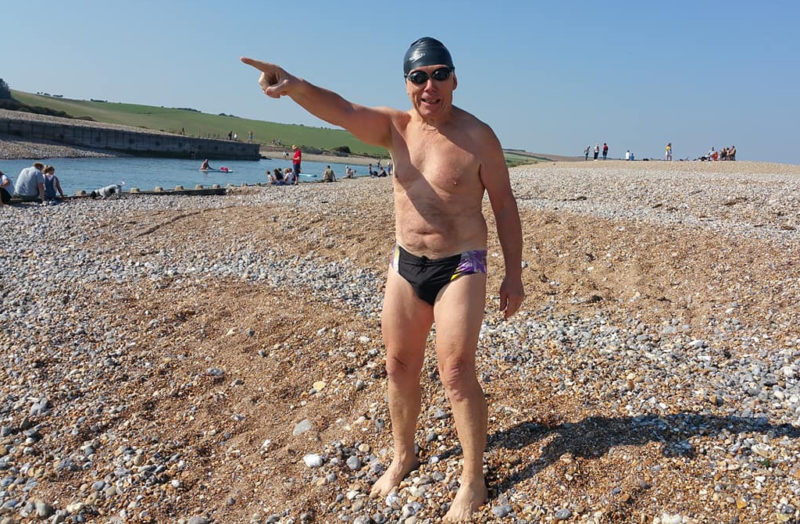 About 65 miles. This map only shows the route as far as Alfriston: