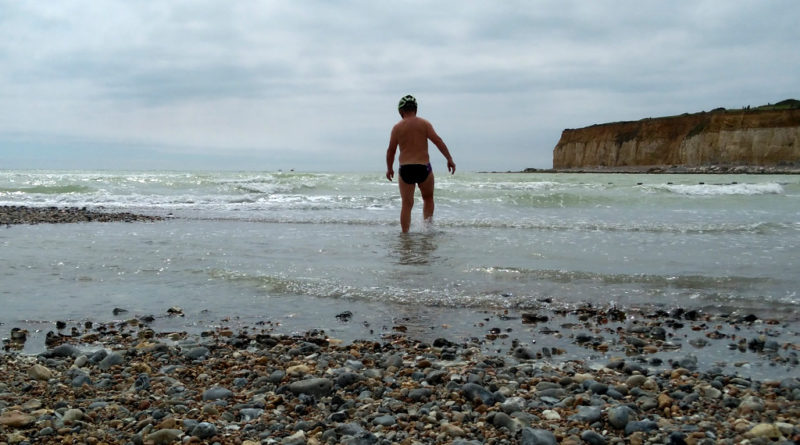 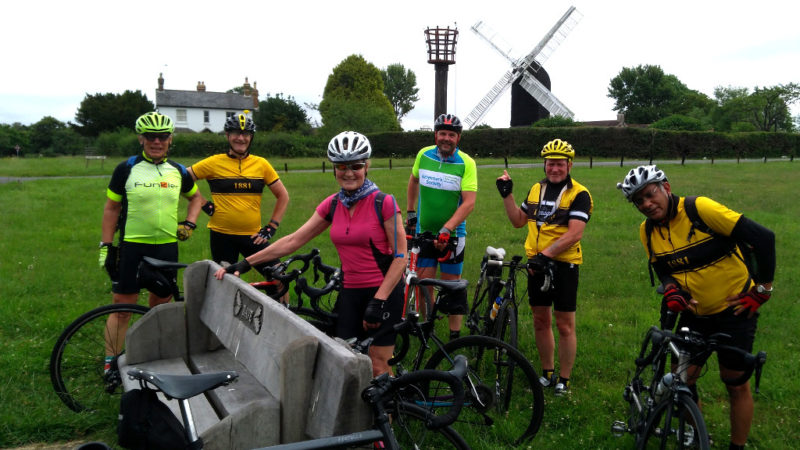 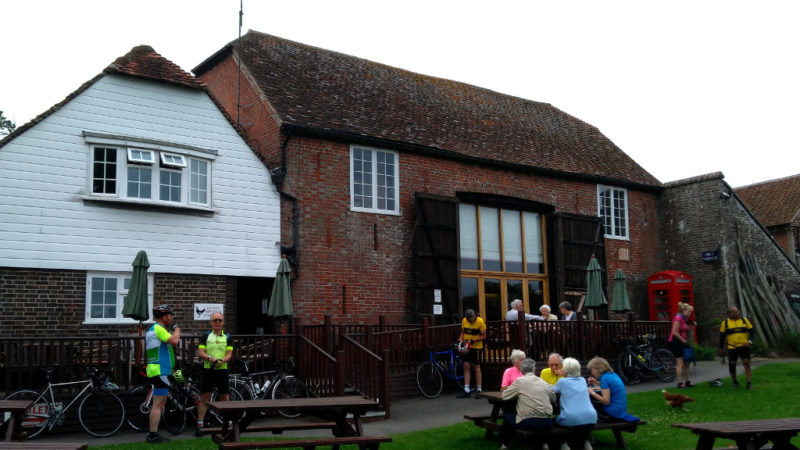 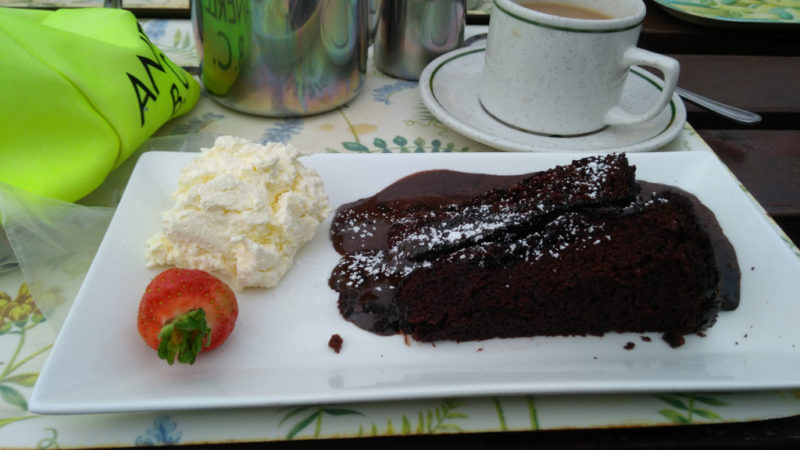 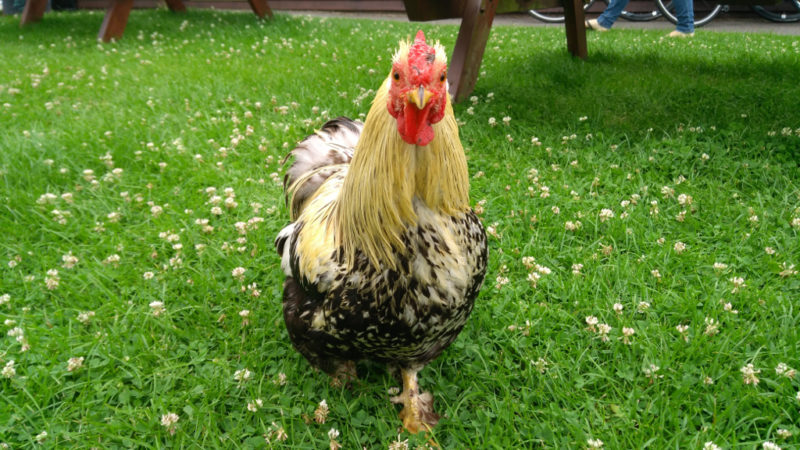 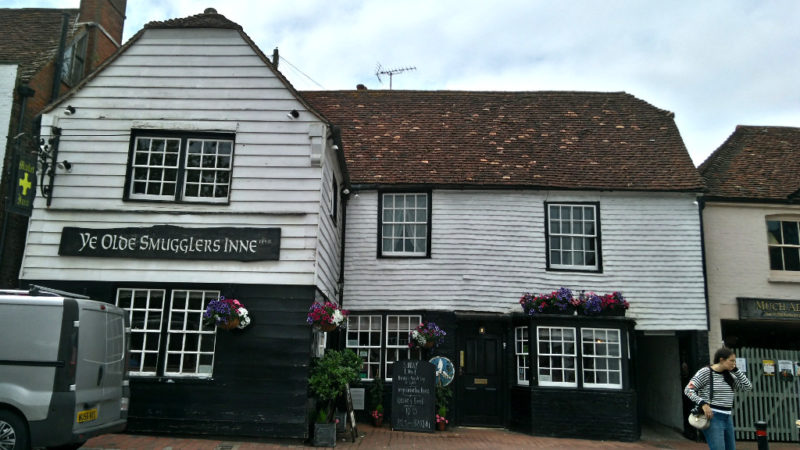 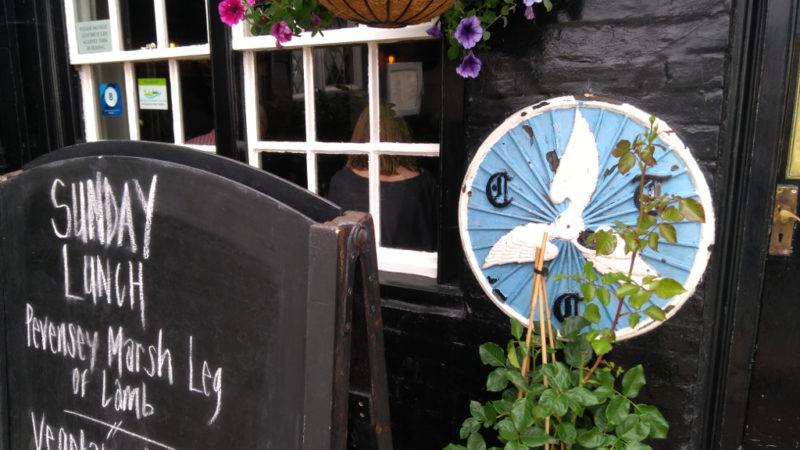 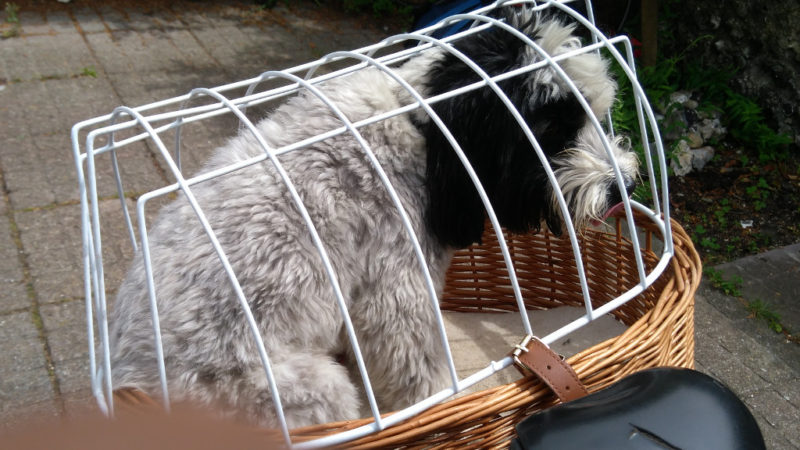 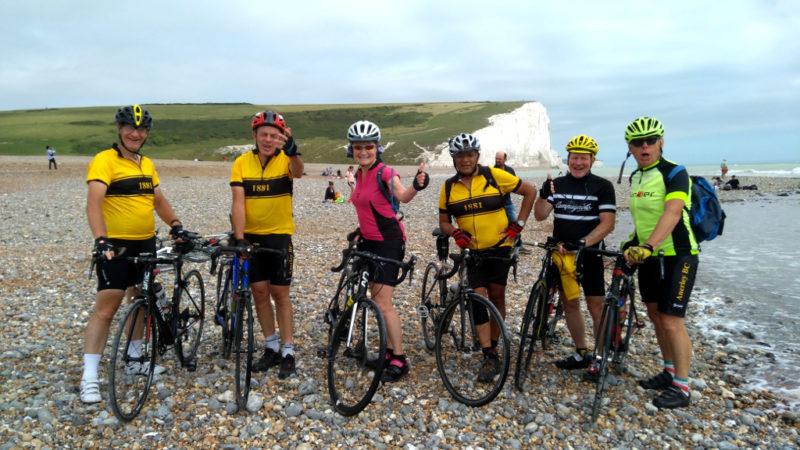 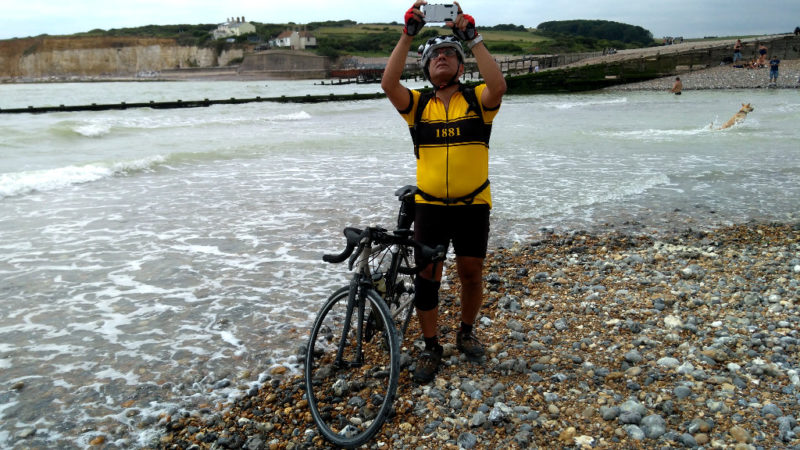 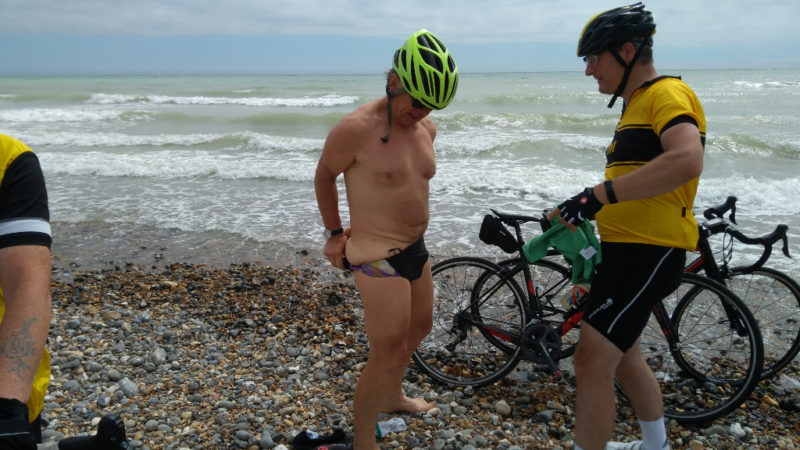 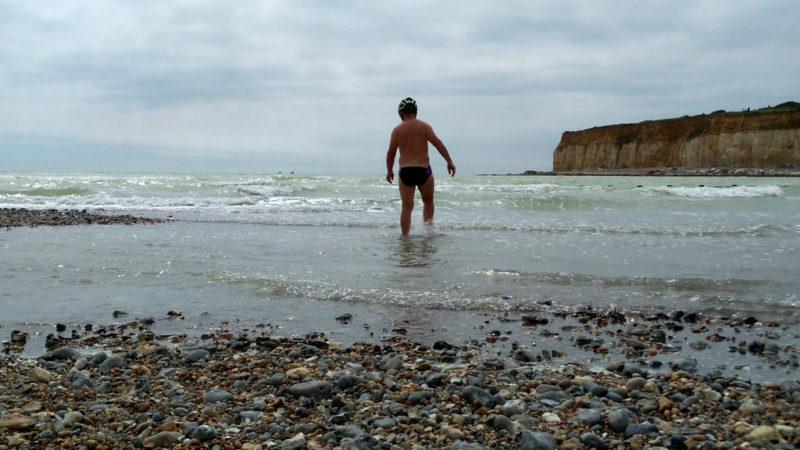 Pic 1: Early 8am start for Eastbourne whizzing non-stop up and over Farthing Down taking our first breather at Dave’s Bench under Outwood’s windmill.

Pic 2: Off over Turner’s Hill joined by Brian for our tea stop at Ardingly. Except no-one told Google it had closed. Tom’s Plan B took us to The Stable Tea Rooms near Danehill.

Pic 5: Onward into deepest Sussex by passing Lewes to the Smugglers at Alfriston for lunch

Pic 6: As recommended by CTC

Pic 7: Joined by a fellow cyclist …

Pic 8: Arrived at the sea near Seaford with the the Seven Sisters as backdrop.

Pic 9: Tom taking a quick pic before we retreat from the fast incoming tide.

Pic 10: One man, Canute style, dons a pair of budgie smugglers to stand his ground.

We then repaired to Birling Gap for tea before tackling some a nasty climb and final descent into Eastbourne. Needless to say Southern had lost (displaced in PR speak) half the train. We crowded into just four carriages. By the time we got to Gatwick we were taking turns to breathe.

But a great day. A unforgettable day though Maggie is searching for some mind bleach. 70.32 miles at 12.08 mph (mainly due to the uphills!).