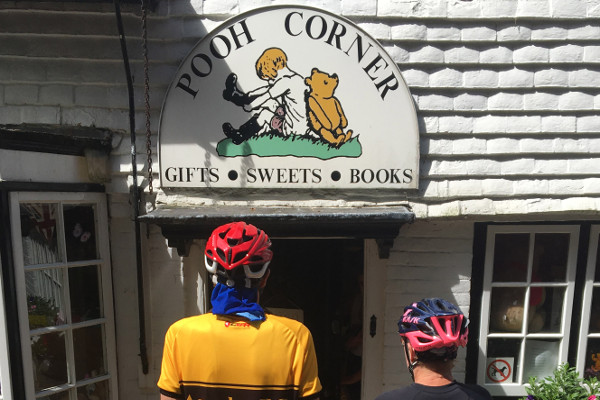 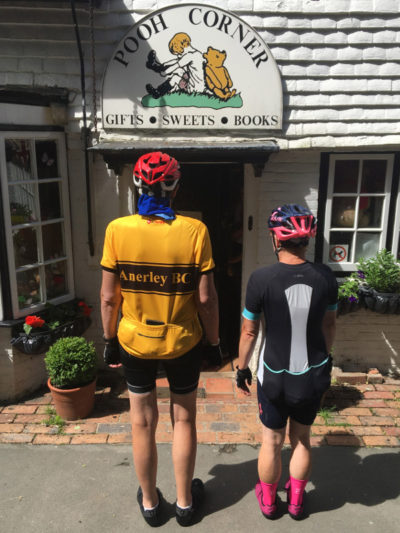 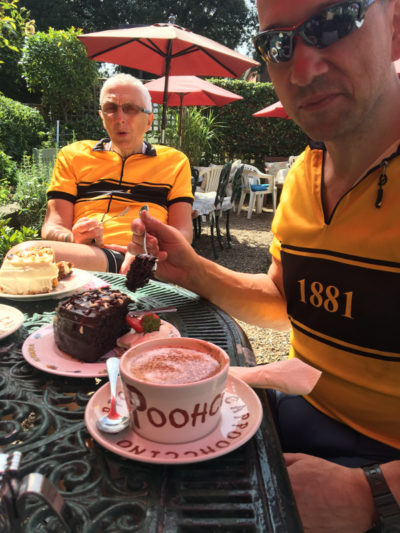 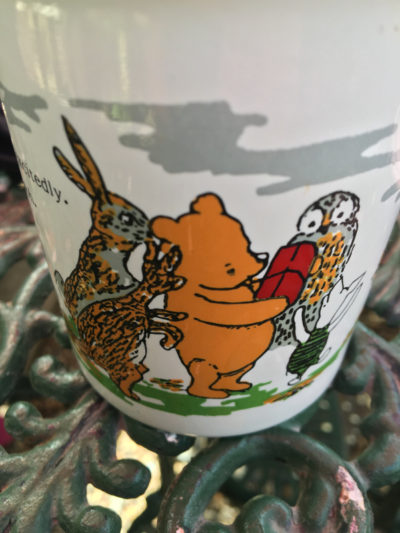 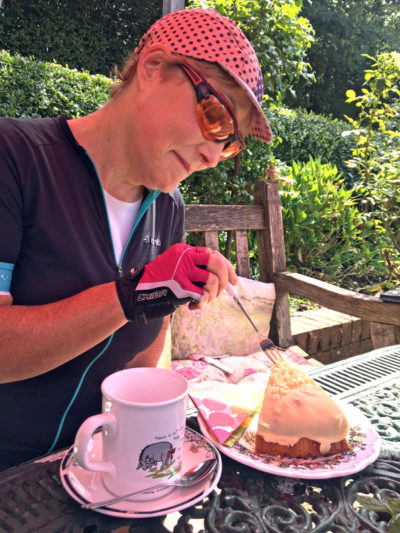 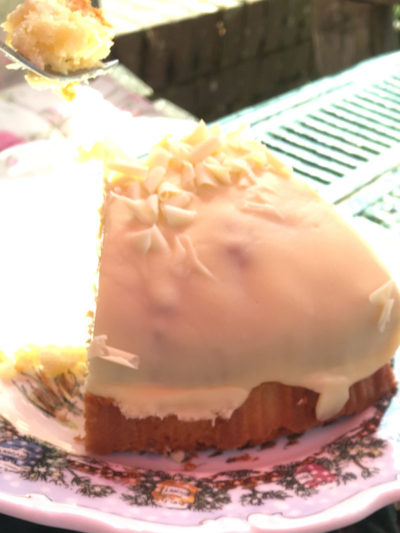 Karen leads a hot and hilly ride to Pooh Corner.

Karen, Jim K, Jeremy and Pete S set out to the popular tea stop at Pooh Corner, Hartfield.
Pete didn’t know the route, having never been there before, so Karen chose and led an “undulating” route. Jim was heard muttering “I’ve never climbed so many bloody hills in a day before”.

In all fairness it was a great route, off the main roads, with some superb views along the way and the flatter route back was kinder to tired legs.

As well as being made famous by AA Milne’s House at Pooh Corner series of childrens’ books this café is well known for its huge slices of fabulous cakes and it didn’t disappoint. The tea and coffee was pretty good too, served in Pooh memorabilia mugs.