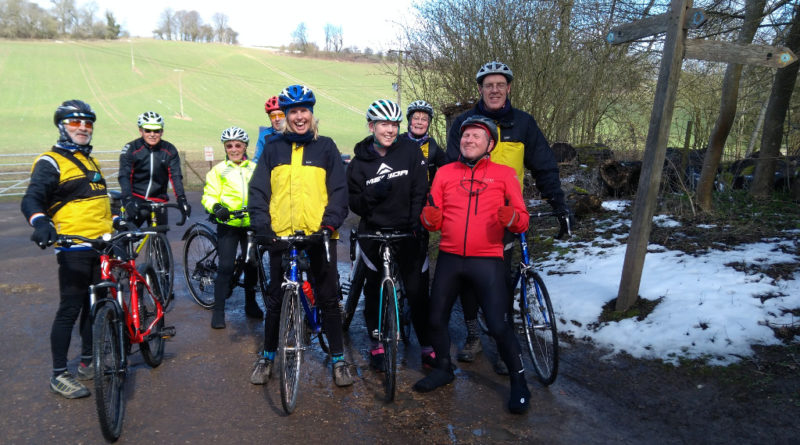 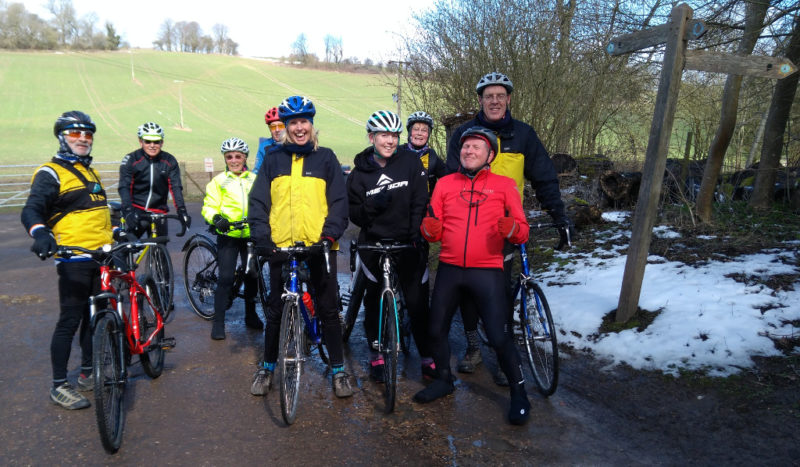 Ten set out on the ‘B’ to celebrate the Equinox and an amazing 15F temperature increase over freezing Sunday. Has spring sprung at last?

The residues of the last of the ‘Beast of the East’ late snowfalls was clinging to the shadows as we mounted Marden Park (above). Was it that TomTom couldn’t believe we would encounter a warming sun that he played careful avoiding what had a few hours earlier been treacherous back lanes?

As it was we had an unventful ride almost to Horne Golf Club. There a Landrover Discovery deliberately drove at full speed through a large pool completely drenching the back of the ride. Bar Steward!

The club was as accomodating as ever as the ‘A’ ride left. The cafe was pretty packed as were the links.

To complement our agressive 4×4 driver the return was marked by an amazing number of very deep pot holes. They appear to be replicating and growing at a fightening rate. Someone’s going to become a serious cropper if Surrey CC doesn’t sort it very quickly.

The return was via Redhill Aerodrome and dozens of NIMBY posters about its possible redevelopment into 8,000 homes. I guess that could interfere with parking your private helicopter … Then the short sharp climb up Fuller’s Wood Lane before the gentle canter down to Merstham and the A23 home.

My GPS app reported a max speed of 445mph. But the later analysis of the GPS track (below) suggests it was only an average of 11.89mph over 31.81 miles.