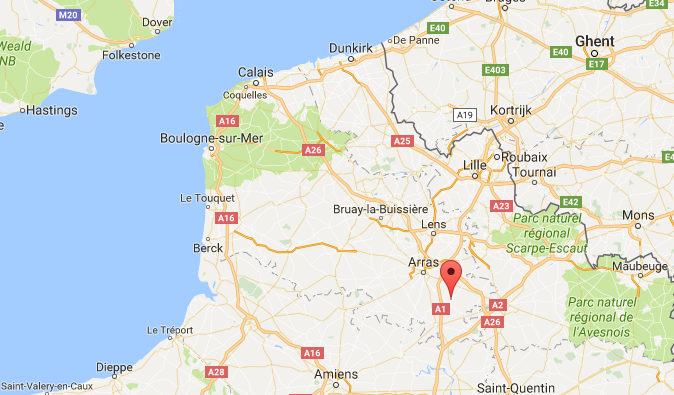 London 25th April: On Sunday 30th April a dozen members of The Anerley Bicycle Club will set off from Purley to ride 200 miles to Bullecourt in Northern France. Arriving on May 3rd, the riders will commemorate the death of previous club captain, Private Montague Calder, who died in battle precisely 100 years to the day on May 3rd 1917.

Tom Vaz, present day captain of the club said “There is a tremendous sense of history within our club which is London’s longest continuously active cycling club, dating back to 1881. A ride to pay our respects to a past club captain at the place where he died in battle 100 years ago is a fitting way for us to pay tribute to him and the 7,000 British and 10,000 Australian soldiers who were killed or injured during the 2 battles of Bullecourt”.

Montague William Calder was born in April 1888, seven years after the Anerley bicycle club was first founded. He would have been familiar with the high cycle more commonly known as the penny farthing as well as the Rover safety bicycle, the first bicycle with equal-sized wheels and a metal chain. Cycling has come a long way since then. What might Private Calder make of today’s carbon fibre frames, satellite navigation and multi-coloured Lycra?

Montague William Calder was born in April 1888, the son of William and Charlotte from Streatham Hill, London. Prior to the war, Calder worked as an accountant and was living in Denmark Hill, South East London. Calder joined the Honourable Artillery Company on 30th November 1915. He joined the 2nd Battalion on 25th September 1916 and arrived in France on Christmas Day 1916. He regularly kept in contact with the Anerley Bicycle Club and in one letter to the club he described his experience as a member of a relief party going to the aid of a small British force that had captured a sector of German trench

Calder was serving with D Company and was aged 29 when he was killed on 3rd May 1917. He has no known grave.

About the Anerley Bicycle Club

As its name implies, the Anerley Bicycle Club was formed in Anerley, a south-eastern London suburb very close to Crystal Palace, in 1881. There can be few older clubs that can boast: “we never closed”, from penny-farthings to carbon fibre.

As Greater London expanded the club moved its meeting point outwards and now meets at Purley for easy access to the Kent countryside and the Surrey Hills.

The club has a programme of regular rides to match a wide range of abilities. Rides take place on Tuesdays, Thursday and Sundays.