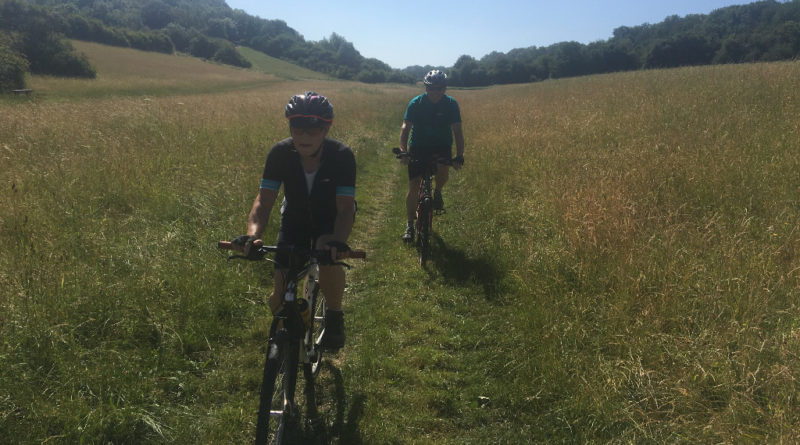 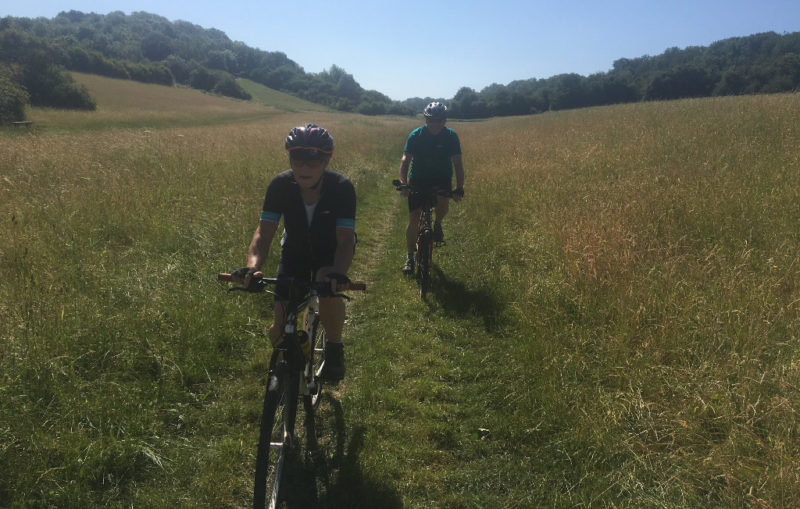 Just three of us at the start Karen, John, and Pete, later to be joined by Jeremy who had made his own way to The Green Rooms tea stop.

We headed off road and into the shade as temperatures were going to be quickly rising. For those of you who haven’t ventured off road around here we’d really encourage you to try. Despite being within 12 miles of central London we are surrounded by beautiful countryside, bridle paths, and well maintained and signposted off road routes. These are all suitable for hybrids, you don’t need suspension, just a sturdy frame and non-skinny tyres. We’ll be going off road every 4 to 6 weeks and will give sufficient notice for you to get out your old bike and give it a quick oiling. 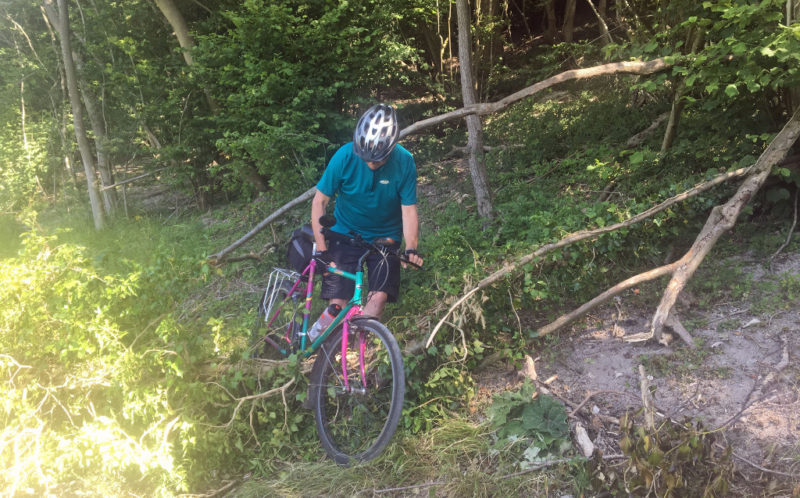 Instead of cycling up Farthing Down we took the country path up the valley in glorious sunshine and then on the bridle path which comes out by the car park at the top. John showed us his technique for getting through swing gates with a bike, it’s easy when you know how. 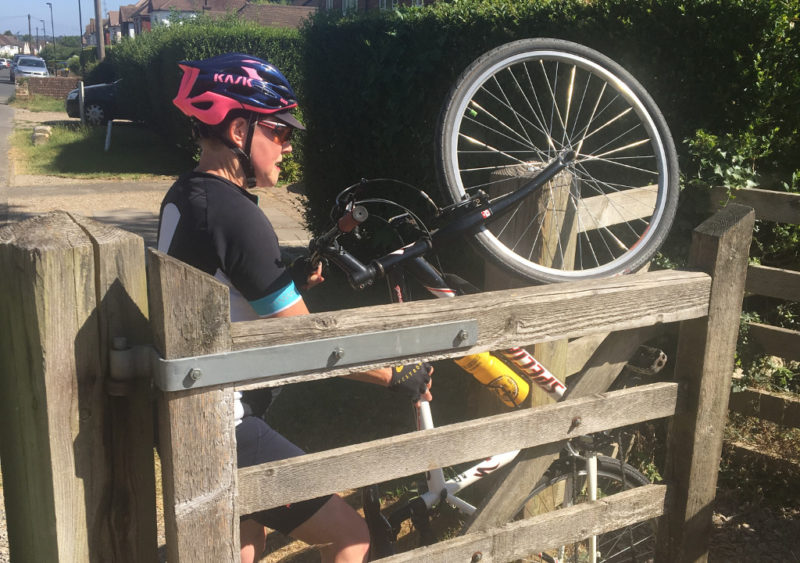 After Farthing Down we headed onto the Northdowns Way which included some trails with fallen trees to clamber over and some interesting contours. We came out of the woods at a different place to the planned exit point so had a short cycle on road to Godstone and the Tea Stop meeting.

Iced water, sitting in the sun at The Green Rooms was very pleasant but service this time for Poached eggs and Scrambled eggs was rather slow. 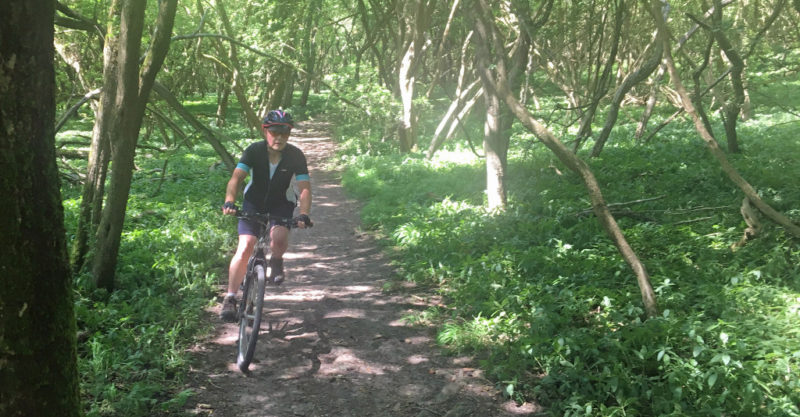