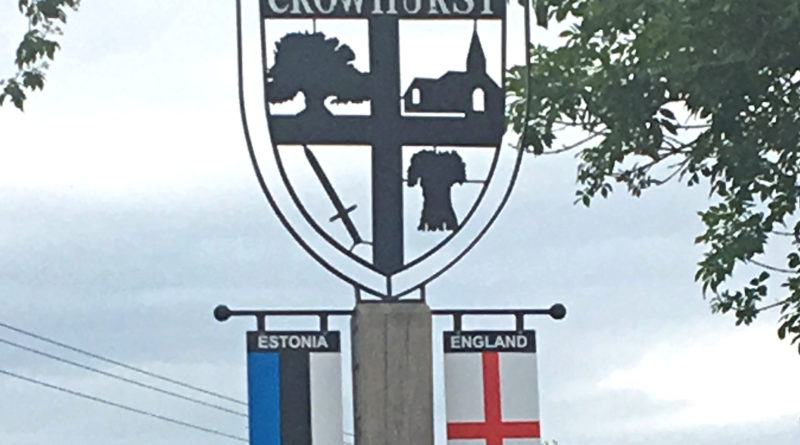 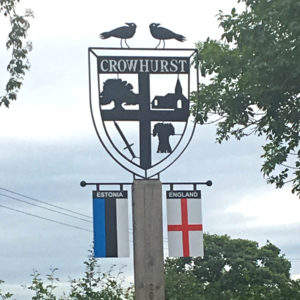 After last week’s record breaking numbers, this week’s ride was somewhat depleted due to illness and others busy island hopping around the Med. So a select group of Miles and Pete set out to the Red Rum cafe at Lingfield via all the hills they could find. This week’s ride was shorter than usual at just 36 miles as Pete was on a strict time deadline of 1.30.
Passing through Crowhurst on the return, Pete noticed for the first time a small garden with memorial seating near the corner of Crowhurst Road and Bowerland Road in Crowhurst village.
The memorial has two flags side by side. The Estonian tricolour and England’s St. George cross hang vertically below the Crowhurst village sign. Pete’s Estonian father-in-law had recently passed away so it was rather poignant to see it.

The seating’s inscription is dedicated to an Estonian Leo Luskepp, who is described as a dedicated English patriot, but little more information is available on Google.

Next time you are riding through Crowhurst keep an eye out for it, it’s easy to miss