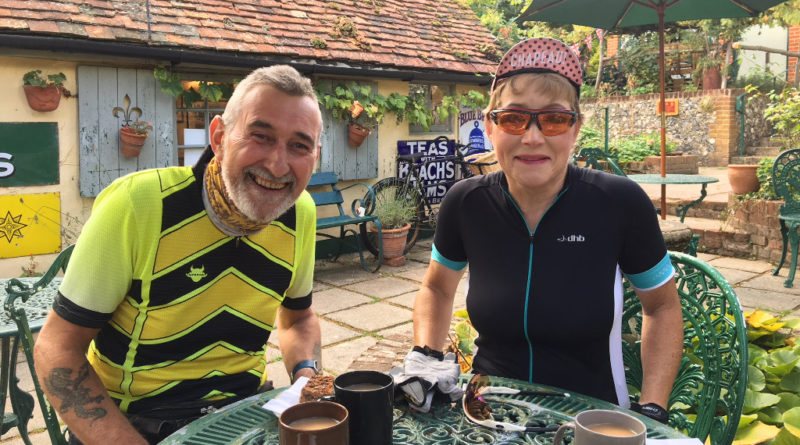 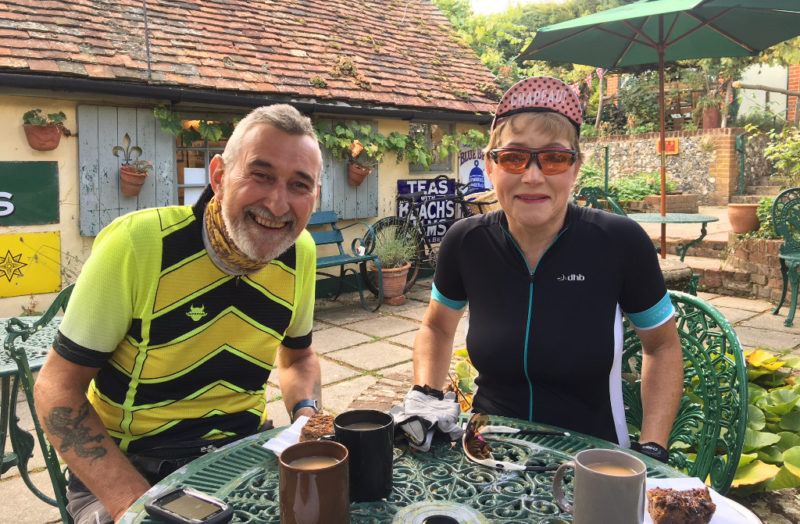 Only two of us at the start as several regulars were away on holiday. Graham had sent a message reporting mechanicals and planned to meet us later.

We headed out along the familiar route up Mitchley Hill, then Beddlestead lane and on to the Pilgrims’ Way. Then round Otford and back into Shoreham via the scenic route, arriving at the Air museum to find Graham who had arrived with perfect timing just a few moments earlier.

The weather was pleasant and warm so were able to sit outside and take in some sunshine, maybe one of the last times this year.

Our return route was back along the Pilgrims’ Way, past Titsey Place around Oxted and then through Marden Park thereby avoiding the steep climb up to Knockholt or the long drag of Clarke’s lane.

We’re getting a little closer to solving Karen’s mystery with her phone clock going back an hour every time she goes through Marden Park. We now know that it happens when she goes under the railway bridge. We still don’t know why though, maybe something to do with the magnetic field from the third rail, but it’s doing this through the brickwork and from several meters above.
Any engineers or scientists out there who might have a theory?
(We’ve not ruled out the bridge being a wormhole to a parallel universe).