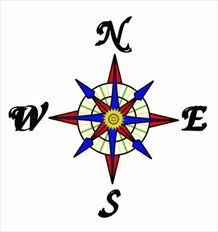 Thanks Des for answering my request. A useful piece and I’m going to check out the websites. I’ve got the OS map.  Now I just want to know how you know where to turn without getting the map out, unfolding and refolding while on the bike!  I await the next instalment.

How do I, Jeremy and other cyclists know where to turn without getting the map out?
Well assuming that they know where to turn (and are not really lost!), it is all down to memory.  And that comes with practise.  John Turnbull gave me a tip when I first took over leading club rides.  He said: “When you take the wrong road, or get lost, no one will notice.  Just keep going and appear confident, eventually you will see something that you recognise!”
When I first joined the Anerley, like other newcomers, I didn’t know the back roads and little lanes down which we merrily pedal.  What I did, and what I suggest to those who want to find their way around our local countryside, is this.

Out on each ride I would look for identifying features which we passed, and of course place names and road names.  When I got home, and whilst it was still fresh in my memory, I would sit down with a map and try to identify the route we had taken on the ride.  From the bits that I could identify, I could usually best guess the rest.  After each ride I learned, and remembered, a bit more about where places were, and how to get there.
This is now much easier to do using the Bing mapping web site.  OS maps do not show street names, but Bing will locate and show street names on OS maps. On the Tuesday Ride, 5th June, I stopped in Bishops Walk to show where some of Croydon’s wealthy live. Remember?
Above, Bing has kindly shown where it is.  It is so named because of the adjacent bishops, Addington Palace. Being now in the centre of a golf course, it is easy to identify on the map even though it is in a built up area. Sharon took a photo of Anerley’s finest (and what a crowd!) in front of the palacial facade.

So for those Tuesday Riders, how did we get there, and where did we go next?  What features/landmarks will identify the route?
Well for a start, the tram route is shown on the OS map, and we crossed over the track twice.
We turned right at a roundabout, but which one?  A clue, after the roundabout we passed the church where Henry VIII and Anne Boleyn are reputed to have canoodled. Its on the map.  Not the canoodle but the church!

With Bing you can click back and forth between OS and street maps.  The street maps show road names but very little other detail.  But they do speed up finding where other roads which you may have noted, are. North Pole Lane, Jackass Lane, New Year Lane being some of the more memorable names en-route to the aborted tea stop at Coolings Garden Centre, Rushmore Hill, Knockholt.  All these will help you to work out the route that we took.
And a bit of more advanced map reading.  There is a symbol for glass houses/structures on OS maps.  Find this symbol and you will be able to identify the exact location of Coolings Garden Centre with its many green houses!

Map reading is all about being able to identify objects/features that you can see, against the identifying symbols on a map.  Here is one bit of the Tuesday ride that you may recall.  This description can all be seen by reference to the markings and symbols on the OS map.

We climbed a fairly steep hill, and at the top passed an old church. About 100 yards further on we came to a main road.  We did a right turn, followed by an immediate left.
Recognise this?

And below, if you look closely, this is how it appears on the OS map, hill and all. I am fortunate in that I have a good memory for places, and it didn’t take me long, aided by my plotting of routes on the map, to remember how to get to our various tea places and lunch stops. When you can remember, you don’t need to keep looking at maps, or not very often anyway.
Of course it is a different matter when you are cycling in areas that you don’t know!  And that will be the next bit of this introduction to navigation and map reading.